Now this Halloween Sensory Bin was a loooooong time in the making! I made it last year for a Halloween party with some of our friends, but the kids had so much fun doing other stuff that we never got around to it. I left the bin in the garage for a year, and we ALMOST didn’t get around to playing with it this year either 😉

The orange rice in the bin is even older – I dyed it TWO years ago! {It’s the same rice I used for the Fall Rice Sensory Bin last year.} 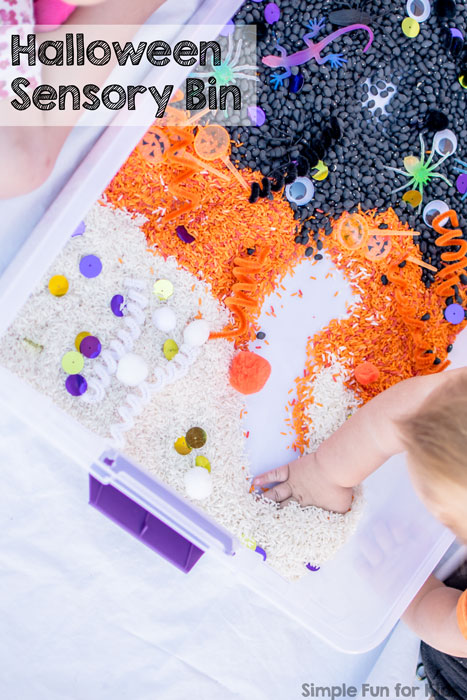 I didn’t think too much of the large sequins and left them out of the initial set up, but E LOVED them and started adding them to the sensory bin straight away. 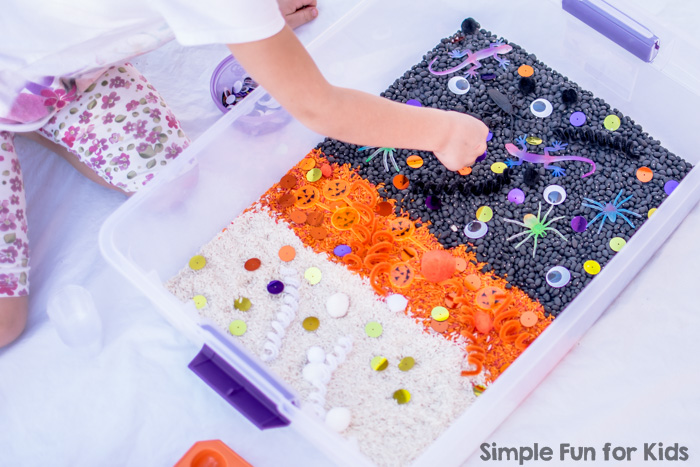 She sorted them by color and placed them individually in just the right spots.

She also scooped some rice with the small shot glasses, but kept the individual colors of sensory bin separate. Then N joined her.

I never meant this sensory bin for N. Not even because of the rice and beans, but simply because I thought it was too big for him, and I really didn’t want him to dump the whole thing. However, I found that I couldn’t keep him away from this one and just decided to embrace whatever happened.

Of course, the first thing he did was run his hand through the rice 🙂 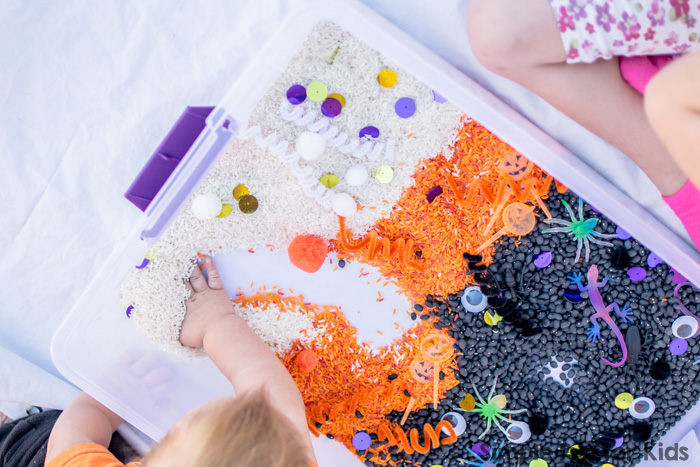 In the meantime, E made little “cupcakes” in the shot glasses. So pretty! 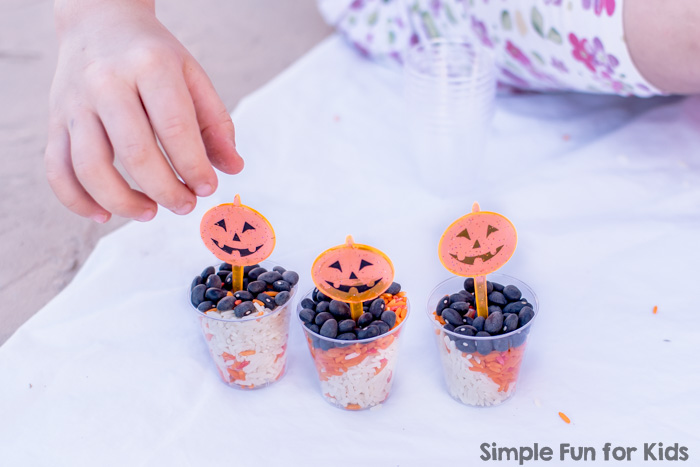 She was a very good sport about going from order to chaos and got N involved with what she was doing right away. 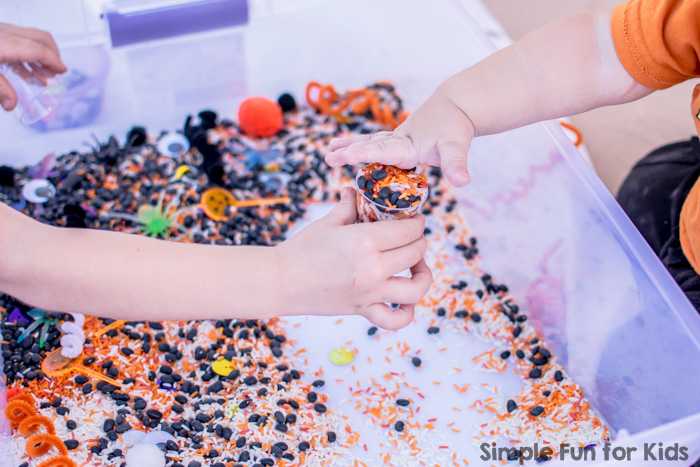 She even let him dismantle her cupcakes 😉 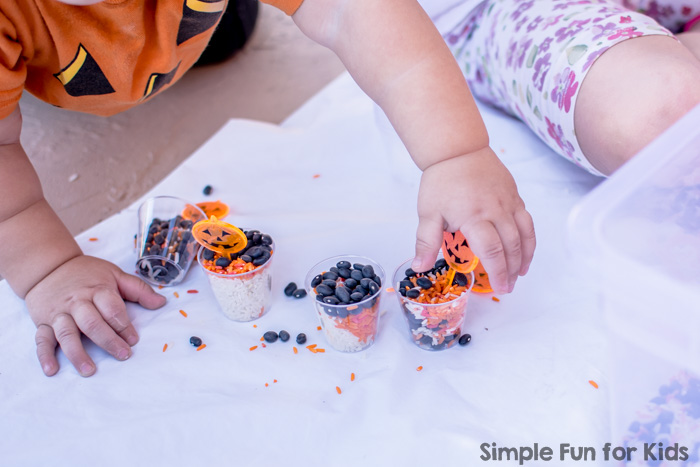 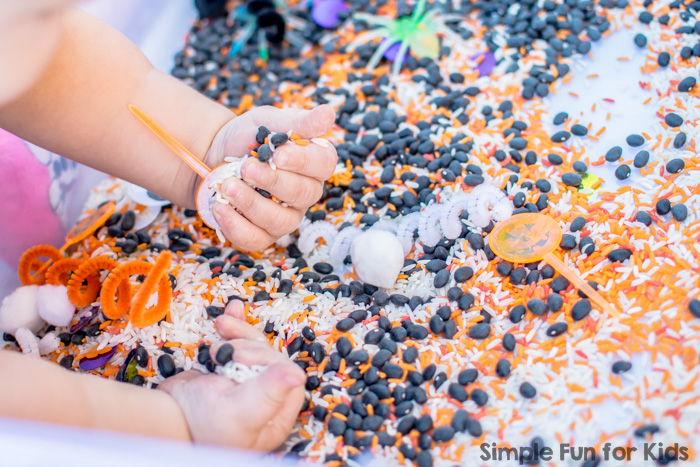 And then N decided to sit in the sensory bin! It’s the biggest one he’s ever seen, so I guess he got a bit excited 😉 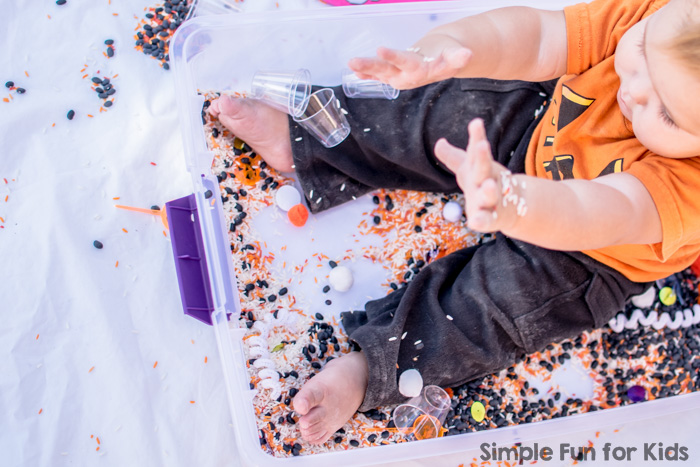 What do you think E did when she saw him? Yep, that’s right! 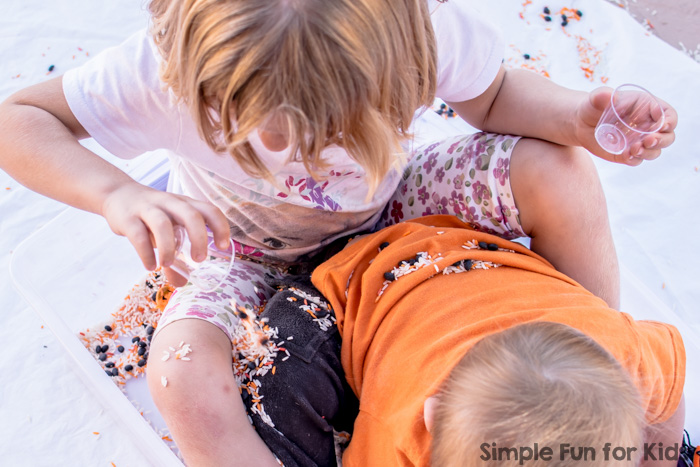 N climbed out and back into the box a few times, but E stayed put for quite a while. 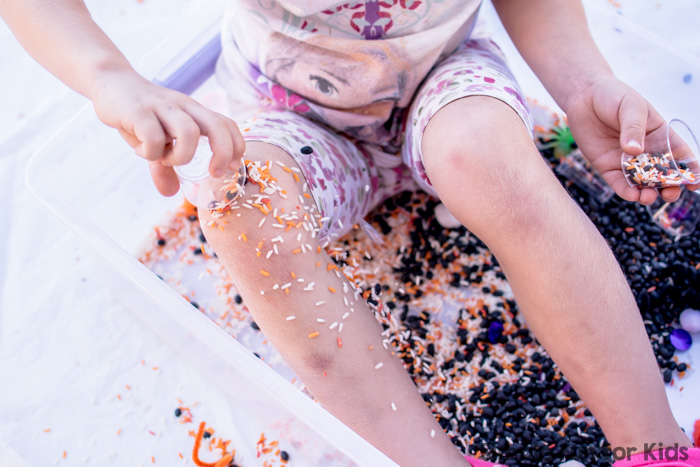 During one stint inside the box, N checked out the pom poms and put them into the little orange pumpkin ice cube tray. 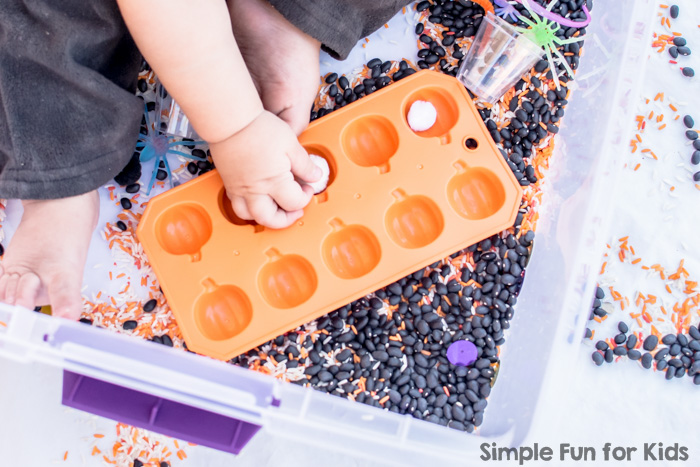 N never did end up dumping all of it, but I’d say about half had ended up outside the box when all was said and done 🙂 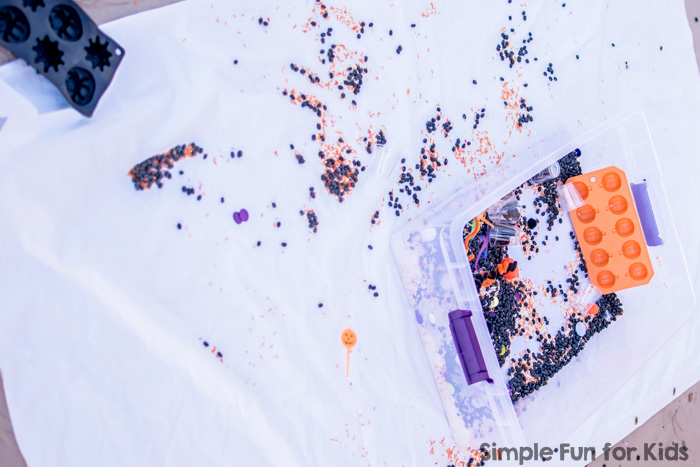 In the end, E and I actually ended up picking out all the Halloween items but decided to keep the rice and beans mixture in the box, because it was just really fun to touch! We ended up using it again in our Sight Word Pumpkin Patch Sensory Bin.

What’s your favorite sensory bin filler? What would you put into a Halloween sensory bin? Leave a comment below and tell me all about it!

Here are a few more sensory bins for babies, toddlers, and preschoolers:

Do your kids love learning activities?

I've co-authored the ebook ABCs & 123s that includes 40+ learning activities for a huge range of learning objectives for kids from age 2 to 8 that I think you'll love!

Click here to find out more and to buy it right now for immediate download. You could be doing the activities within minutes! 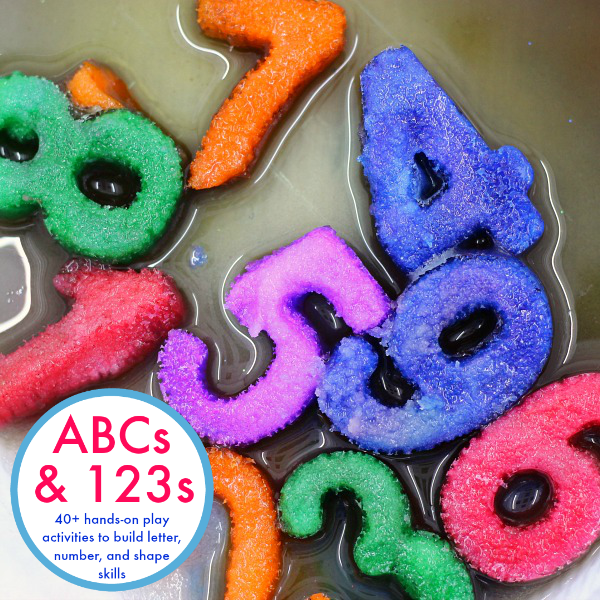