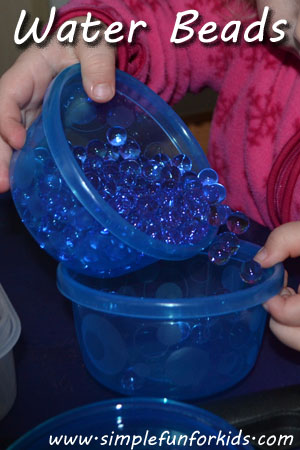 I’d read so much about using water beads for sensory play with toddlers and seen awesome photos, so when I finally happened across a package of them locally, I just had to buy them. E picked out the color, and off we went to try them out.

{Ours were ready to go, if yours are dry, you need to soak them in water for several hours before use.} 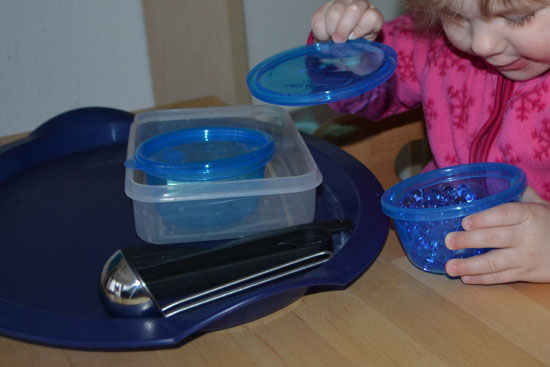 E LOVED it and had what was probably the most fun she’s ever had with a simple sensory activity.

She started out pouring them between bowls 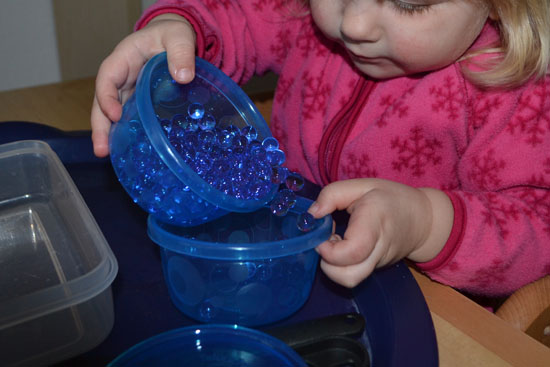 but the real fun started when she first touched them with her hands. She giggled uncontrollably for several minutes while running them through her fingers. 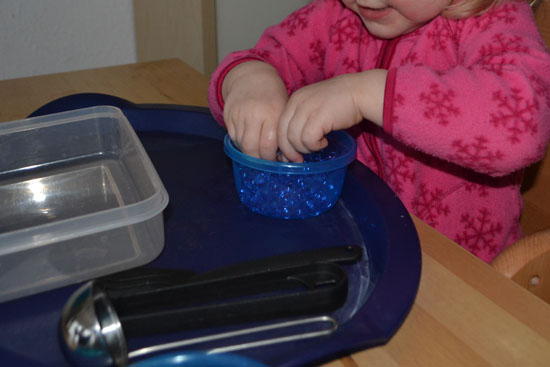 From then on out, E refused all tools and just handled them with her hands in different ways.

E put them in a larger bowl to pick them up, put them down and let them roll around 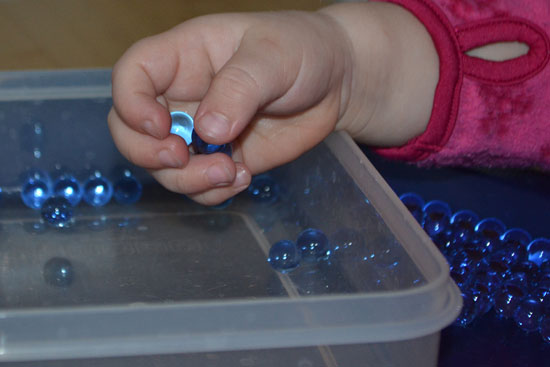 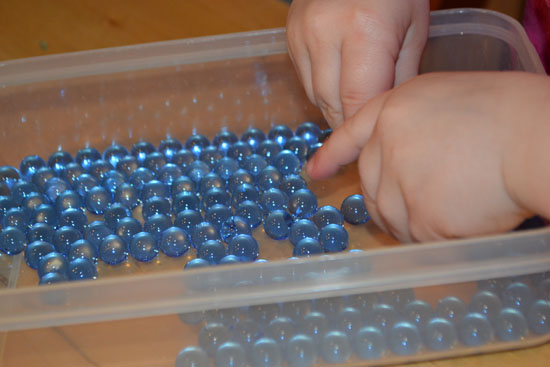 then put them on the tray and rolled them around with her fingers and by tilting the tray.

Even Papa’s arrival didn’t distract her for more than a few seconds, and he was fascinated as well and started playing right alongside her. {The first thing he tried to do was show E how to bounce the beads off the tabletop… I saw it coming and managed to tell him to stop it just in time…} 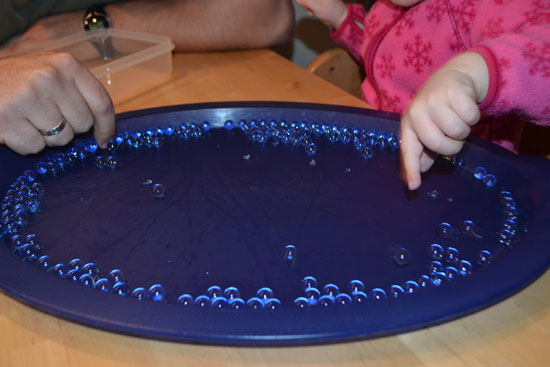 I didn’t expect E to be able to squish the beads to the point of breaking but she sure was. She went through a bunch but once she’d broken them apart, she just left them, so I was fine with it and didn’t worry about anything bad happening.

In fact, she never seemed to even consider putting the beads in her mouth, either intact or broken. 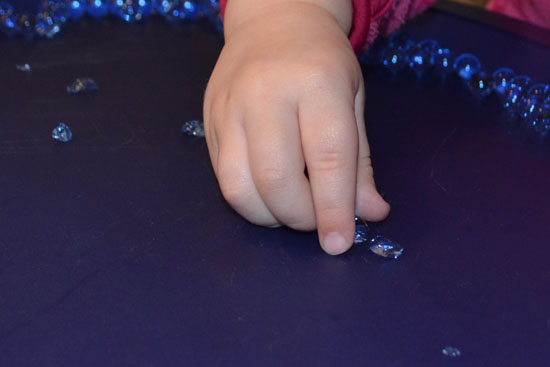 A very few of the beads jumped off the table but it really wasn’t much, and E was able to get them all and put them back in the bowl when we were done. 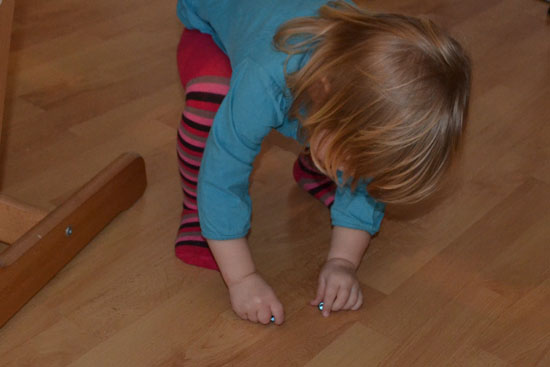 There are so many things you can do with water beads! We started slowly, just experiencing the feel of them but I already have lots of ideas for future activities: