Last year, E enjoyed her Halloween Cloud Dough Sensory Bin so much that I left it sitting out for months, and she played with it many times. Recently, I wanted to reuse the sensory bin for a different activity but decided to try and get some more fun out of the cloud dough first, as it was still perfectly fine to play with. Inspired by the cloud dough’s coloring (the originally orange and black batches had been mixed thoroughly by now), I decided to set up a baking soda and vinegar volcano for E. 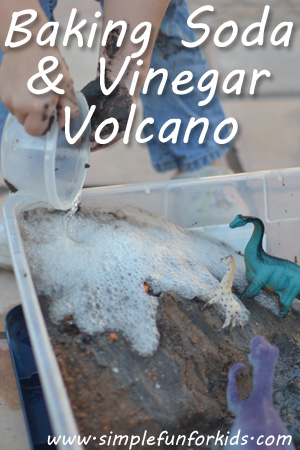 After picking out all the little bits and pieces from the original activity, I simply pushed all the left over cloud dough into a corner of the sensory bin and formed a volcano around a plastic cup filled with baking soda. Yes, the cup is pretty conspicuous, I didn’t have a clear one on hand and didn’t think to simply use a glass 😉 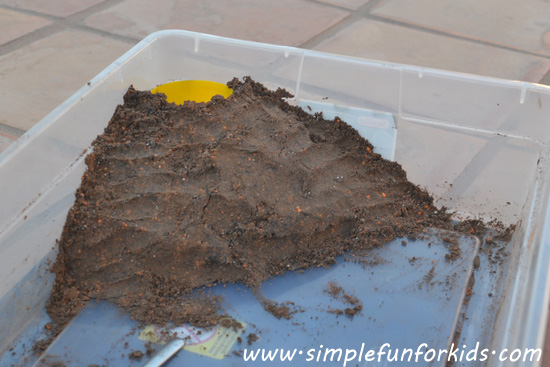 E arranged her dinosaurs and the other animals she decided to add to the activity in the sensory bin. 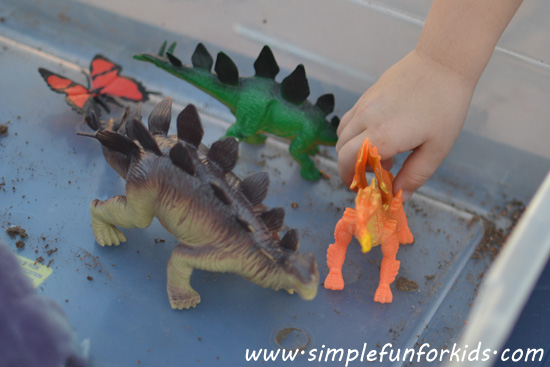 And then it was time for the first eruption! 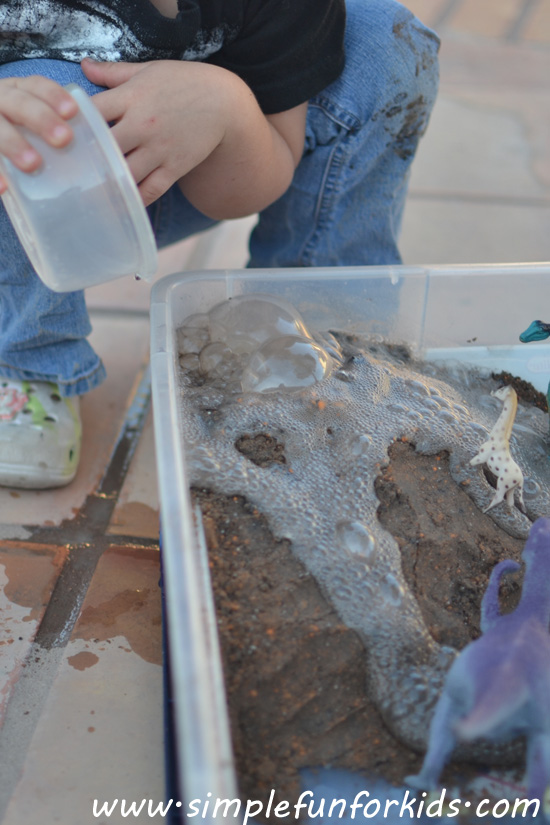 E touched the changing cloud dough with her hands, 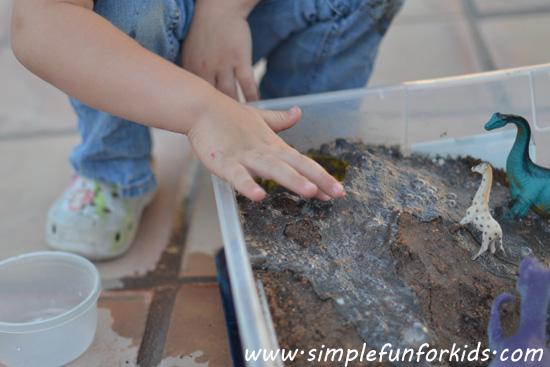 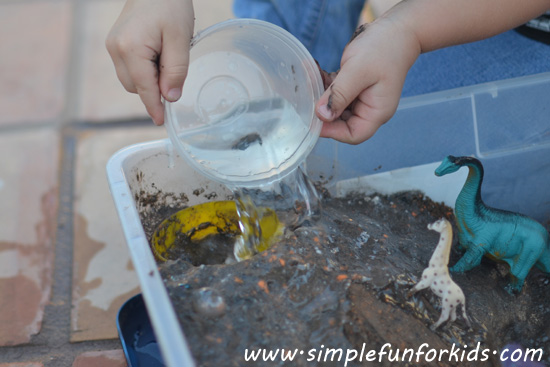 and kept checking the cloud dough. 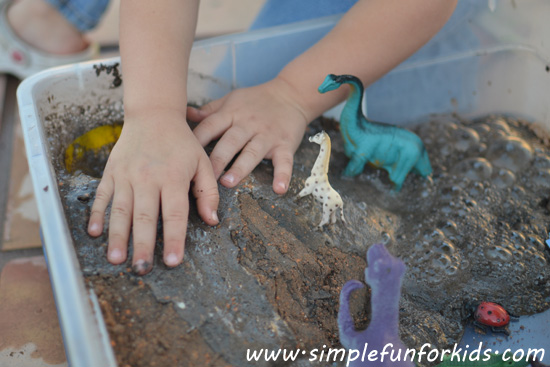 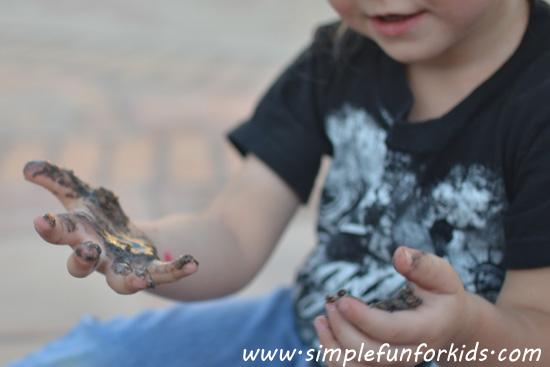 She didn’t like that the butterfly was getting buried by the “lava”, so she rescued it 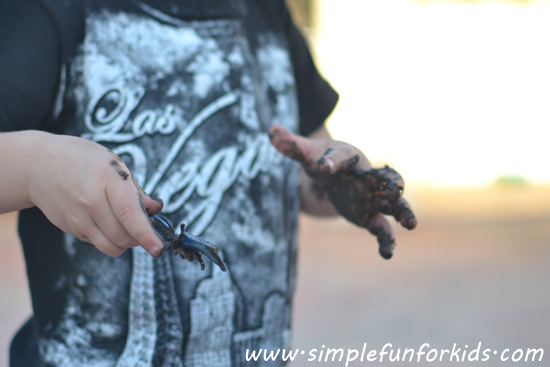 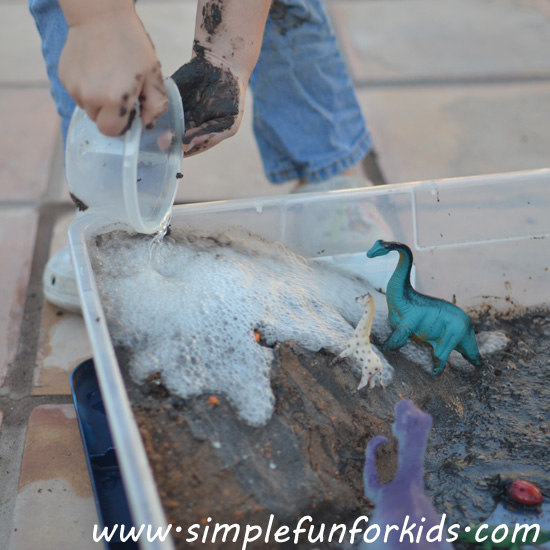 Check out how the vinegar revealed that there were still pristine pockets of orange cloud dough hidden away! So pretty! 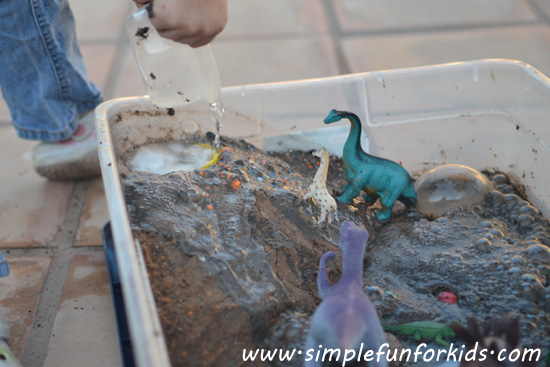 After we ran out of vinegar, E started playing with the mushy concoction 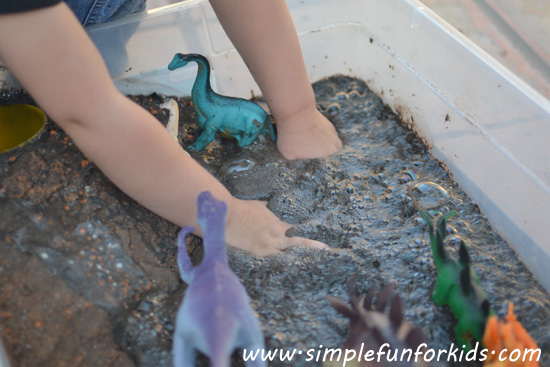 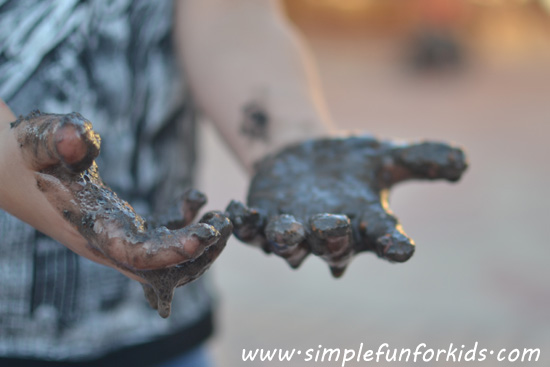 and pulled out the cup to get to the rest of the baking soda and vinegar mixture. 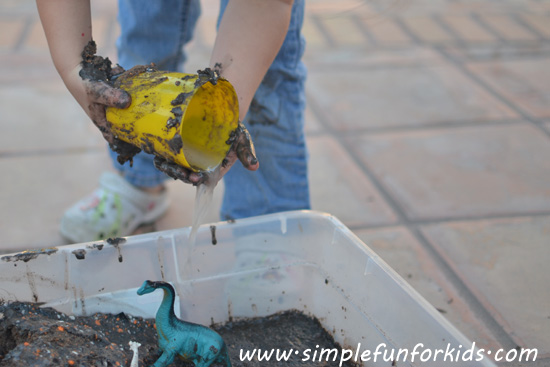 She decided to give the dinosaurs a baking soda back rub (maybe it helps to protect them from lava? 😉 ), 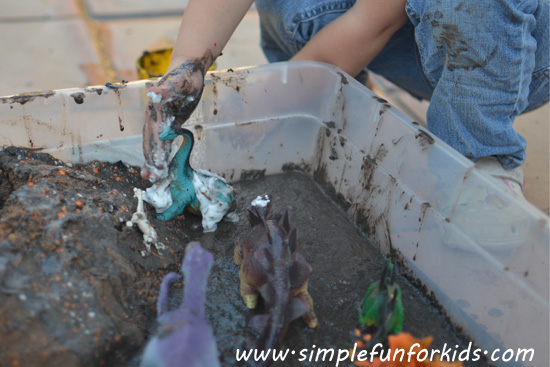 before digging into the volcano and taking it apart. 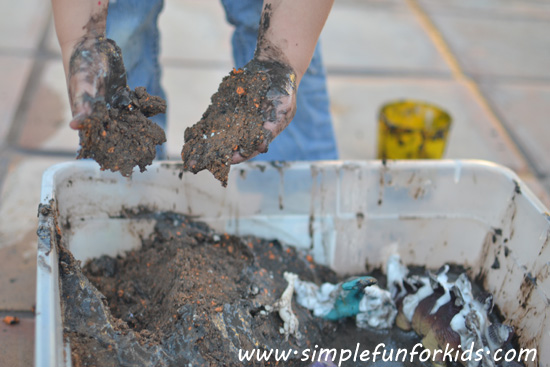 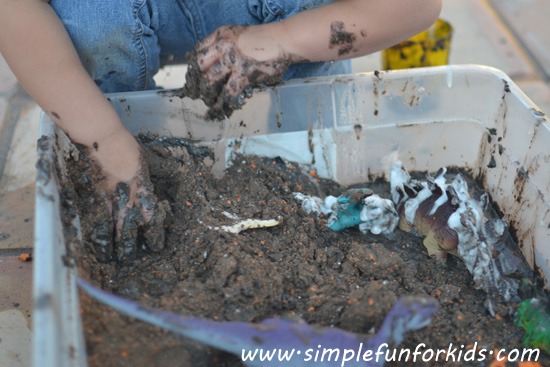 Her hands ended up so packed with dirt that she wasn’t comfortable with it anymore, and she decided that she was done playing. 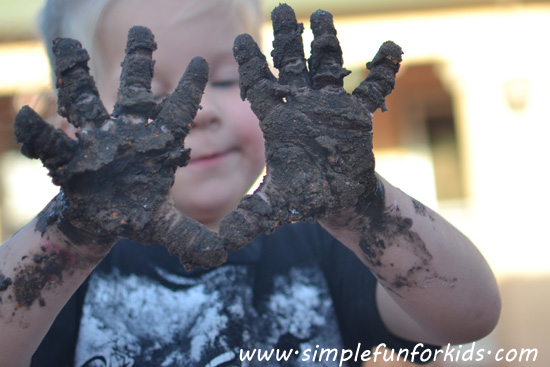 I helped her hose off her hands but even with clean hands, she was simply done and rescued the remaining animals back to their box before finding something else to do. 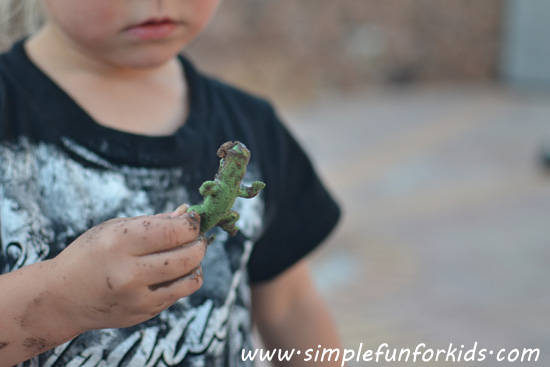 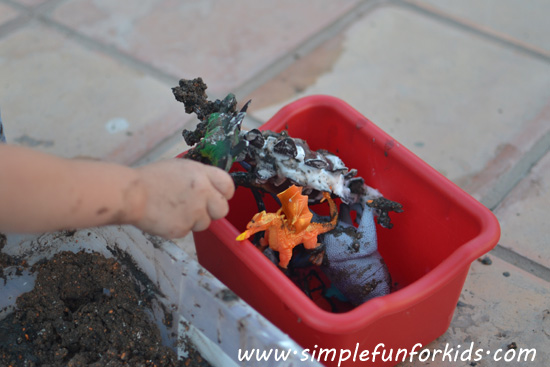 If you don’t have old cloud dough handy, you could use sand, plain dirt or even play dough to form a volcano.