This sensory activity with water was an extension of our yellow sensory bin where E and I introduced N to the color yellow. After they’d both stopped playing with the sensory bin, I put some of the items and a little water into the water table, and presto – a whole new activity using the same basic idea and some of the same items.

They were both even more interested in the Yellow Sensory Soup than in the dry sensory bin, they even came back to it for another round of sibling play first thing the next morning! 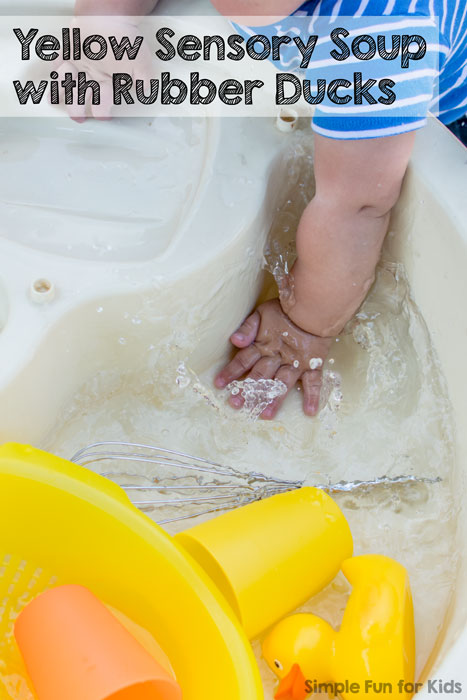 Now this activity didn’t turn out quite as “yellow” as the sensory bin because E brought in some extra stuff while she was playing, but it was still great fun!

I only got as far as putting the rubber ducks into the water table, when N came over to check things out. 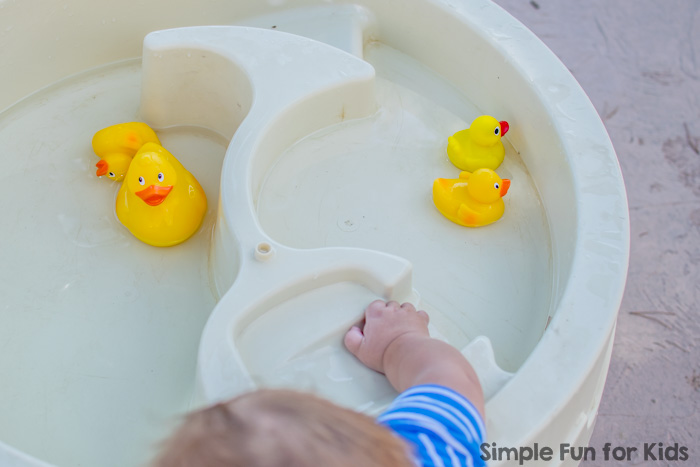 It was a sensory soup, so of course we needed cups and kitchen utensils, even if they didn’t necessarily match the color scheme 😉 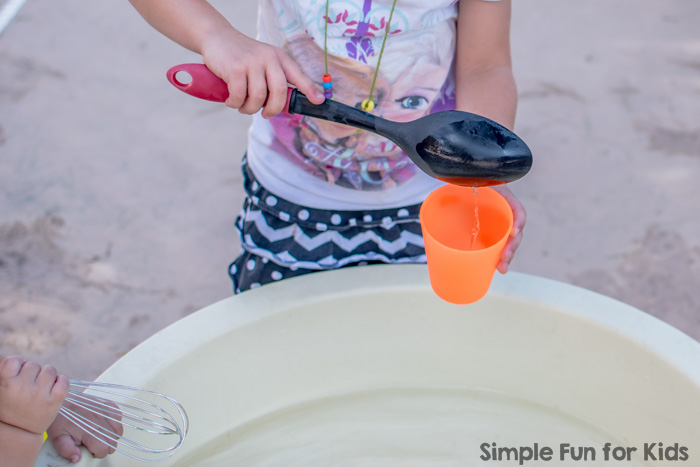 As usual, E did lots and lots of pouring and pretended to cook and make drinks.

We had the colander in the water table for the first time, and she had some fun with it. 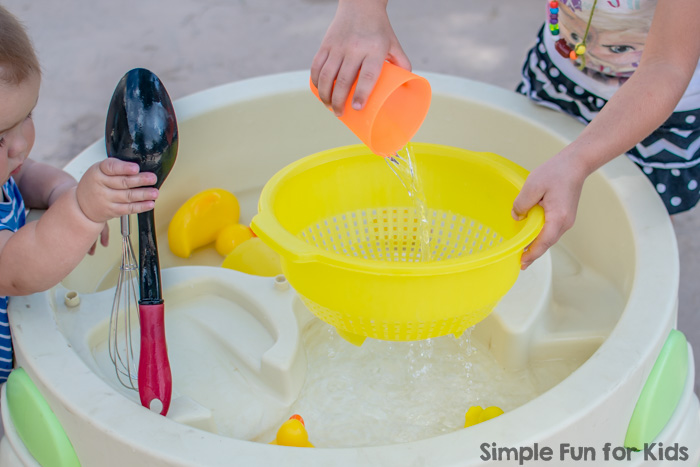 After E was done cooking, she decided that the dishes needed to be done. 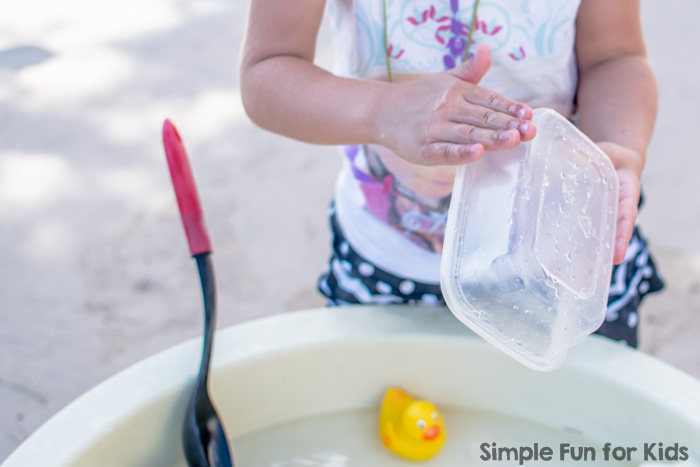 In the meantime, N played with the whisk 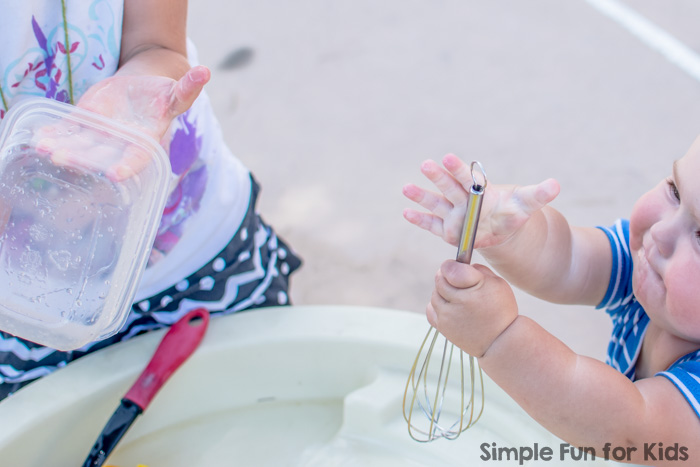 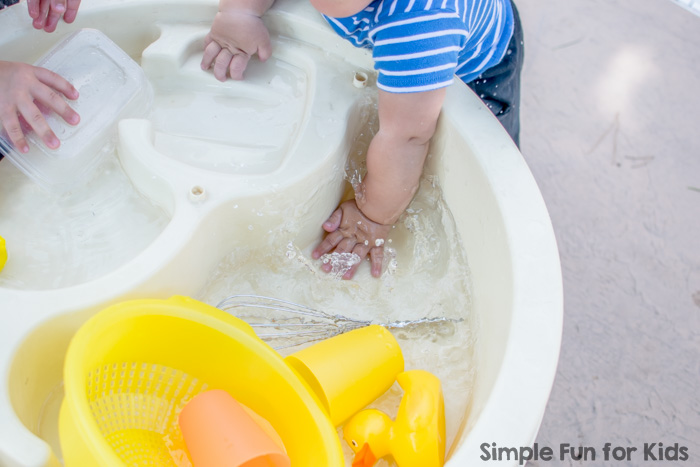 Yep, he enjoys splashing so much that it doesn’t even bother him when he ends up all wet 🙂 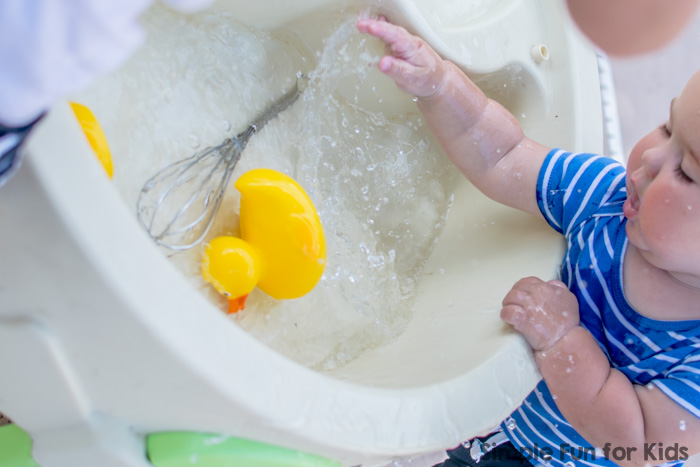 E extended her imaginary kitchen play and put the dishes in the dishwasher. 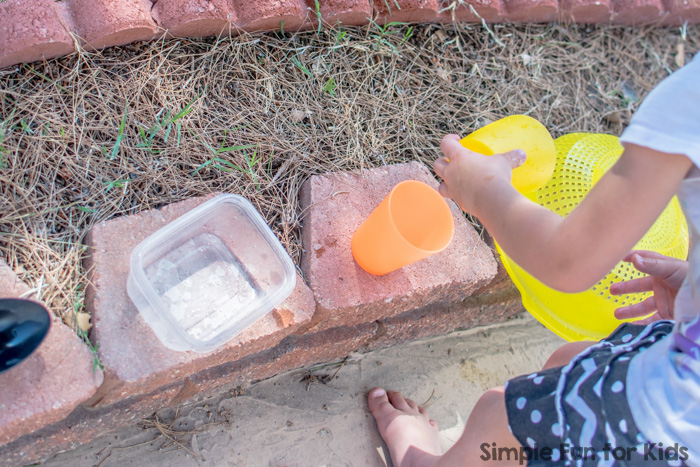 N loves the actual dishwasher {as did E when she was his age}, and he didn’t waste much time getting into E’s make believe one 😉 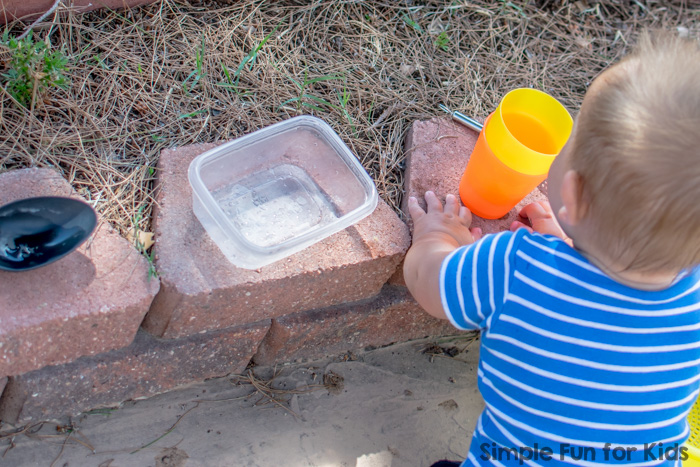 I love this picture of N using a moment where E was focused on using her mini watering can for scooping water to grab her necklace. I think his expression says it all 😉 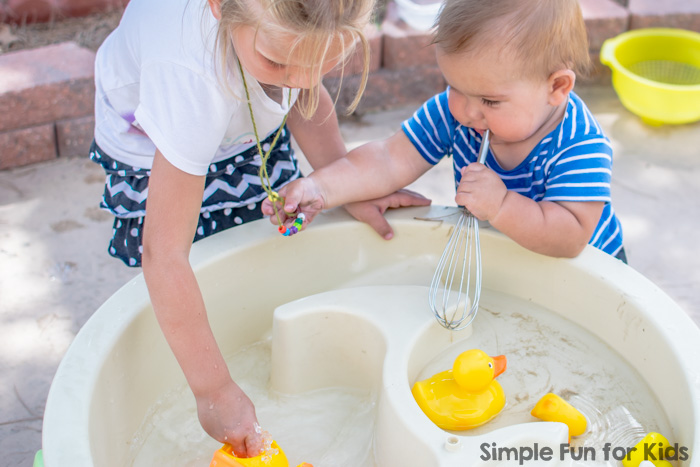 The next morning, they went right back to the water table. Note E still in her Olaf pajamas 🙂

What pouring is to E, splashing is to N, 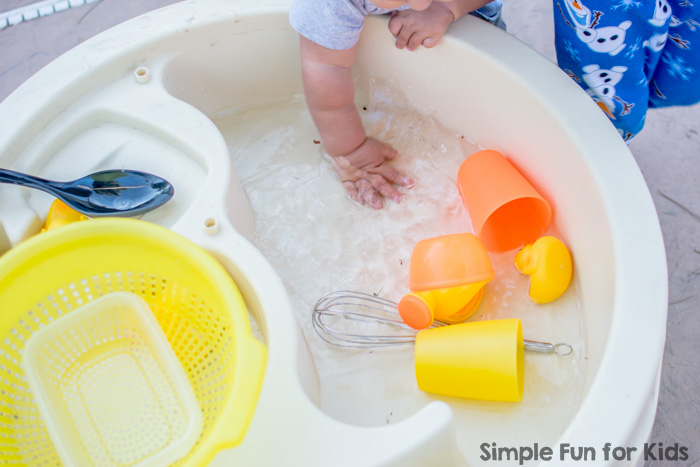 but she tried to get him interested in pouring, too 🙂 He’s not buying it so far 😉 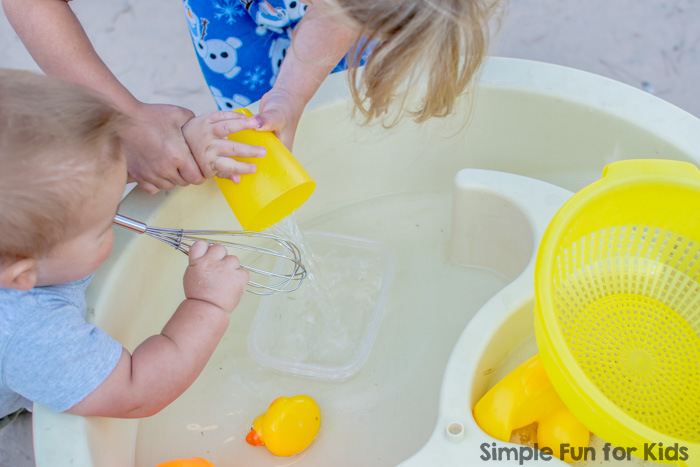 She also spent some time amusing N and herself by taking the rubber ducks out of the colander and throwing them back in. 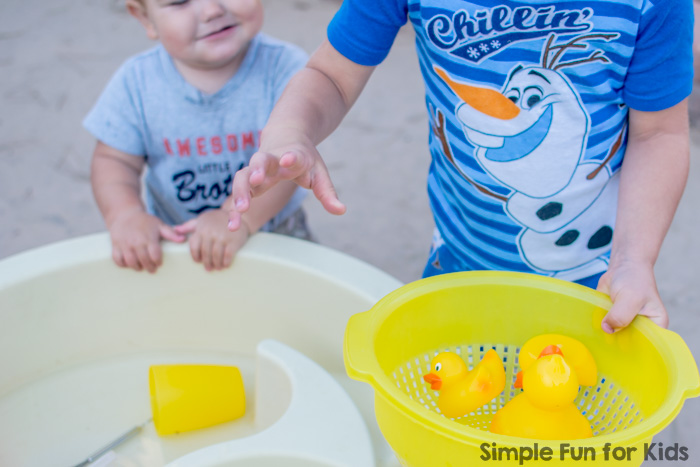 Have you tried making a color coordinated sensory soup? Did it stay that way as your kids played? Leave a comment below!