When we started sorting number stickers, I didn’t expect it to be a big deal at all. I certainly didn’t think I was going to write a post about it.

In my mind, we just quickly needed to separate our number stickers from the letters for the Number Matching Race I had planned.

However, E decided to take her time with it, play with the stickers along the way, arrange them how she wanted – and she had so much fun with this simple task! It was a great way for her to literally “play with numbers” and learn more about them without even noticing. 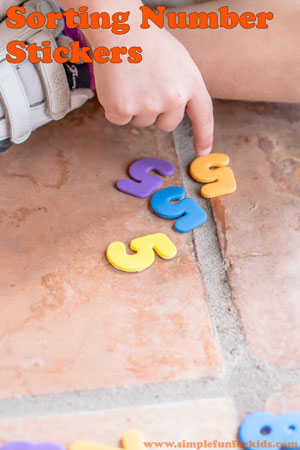 We started out just dumping the contents of the bag of letter and number stickers on the ground. There were a lot of stickers, and I wasn’t sure that E was going to even finish sorting out all the numbers. 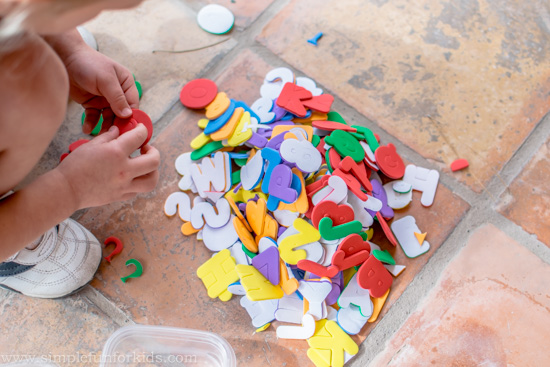 She clearly liked how the foam stickers felt in her hands and even took the time to remove the little bits of foam that hadn’t been punched out properly.

Baby N wanted to play, too, but unfortunately, these stickers are major choking hazards, and I had to distract him. {He used the time wisely and actually sat up on his own for the first time ever a few yards away while E was playing with the stickers 😉 } 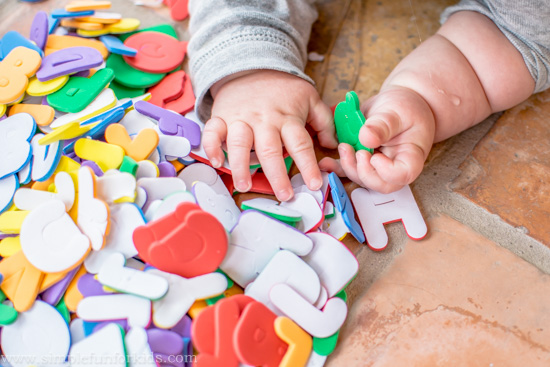 E happily sorted letters into one container, numbers into another, and the scraps into a third. 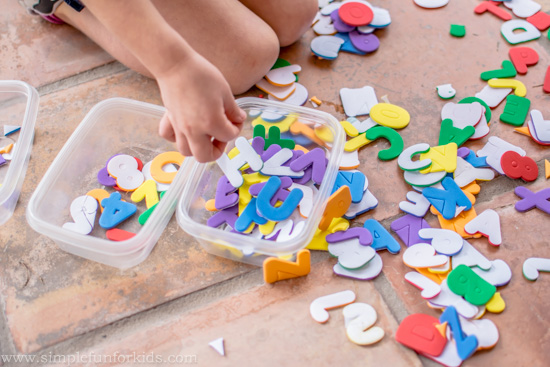 She was so happy sitting there surrounded by stickers <3 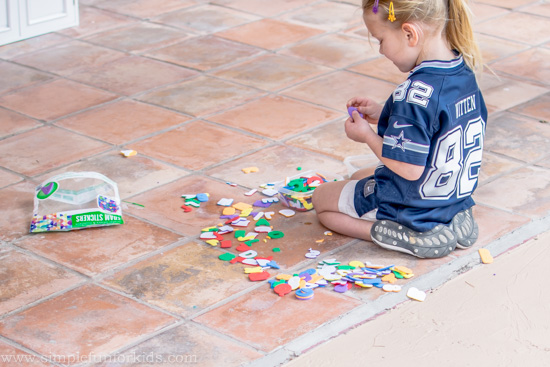 Now, she did interrupt her sorting to spend some time in the sandbox, and to hop around like a bunny {N was laughing so hard at this, he thought she was so funny 🙂 } 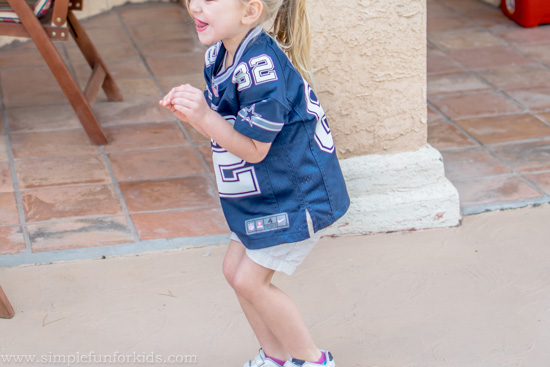 but she always came back to her stickers.

There were so many that we ended up having to add more containers. 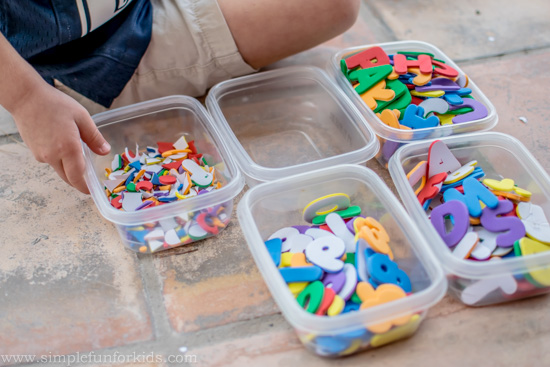 Once all the numbers were in one container, we put the letters back into the bag, and E started playing with just the numbers.

She had the idea to line them all up, and here she’s reading out the numbers after she’s completed the line {note how she notices that she accidentally has an “L” in there, hesitates for a second, then decides it’s actually a 7, and goes on 🙂 }.

After that, she started sorting by number. 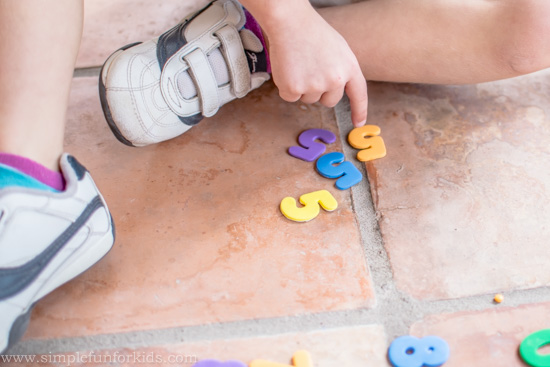 There’s that “L” again – she removed it at that point. 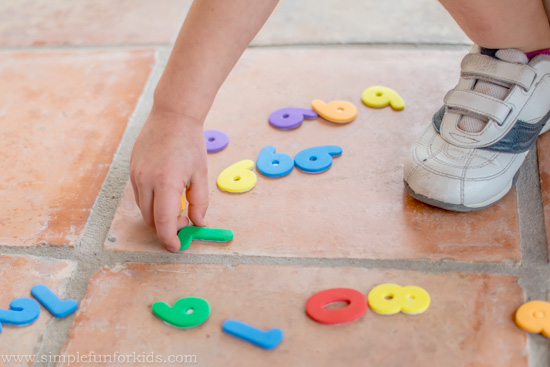 Finally, she sorted one number each in four colors into four containers, ready for the “actual” activity. 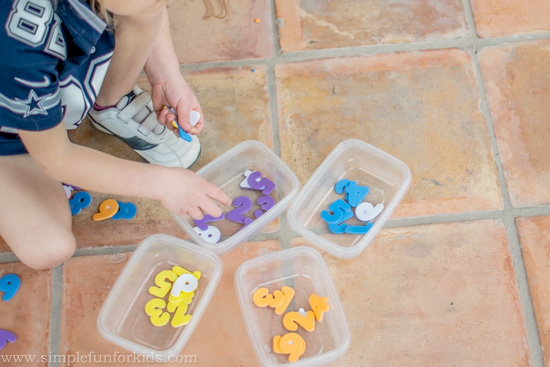 Find out what we did with the numbers after this: Number Matching Race!

Does your kid like to play with numbers? How have you used number stickers? Tell me in the comments section below!