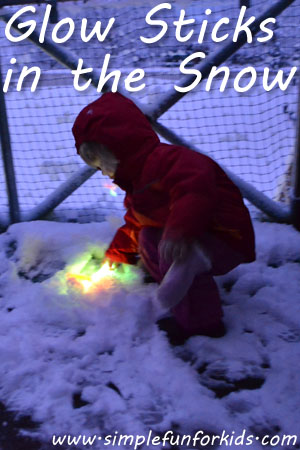 We did this first thing in the morning before breakfast when after four days of snowing on and off, some of it had actually stuck overnight. E was very enthusiastic before she even realized what we were doing, and when I got out the glow sticks, she started giggling. She loved the way the glow sticks looked under the snow, 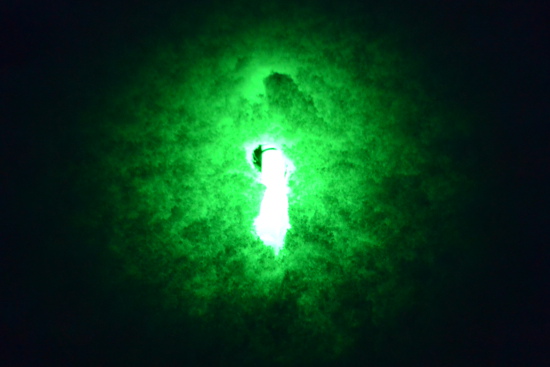 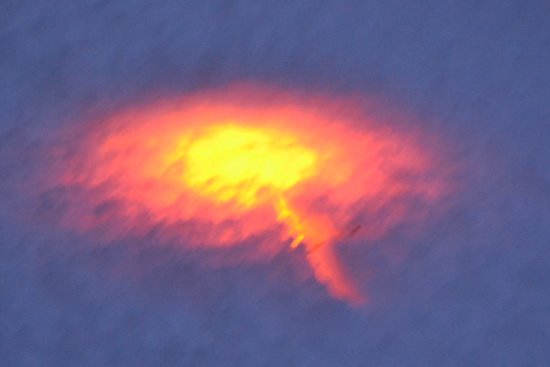 kept pulling them out, giving them to me, then let me toss them into the snow again. 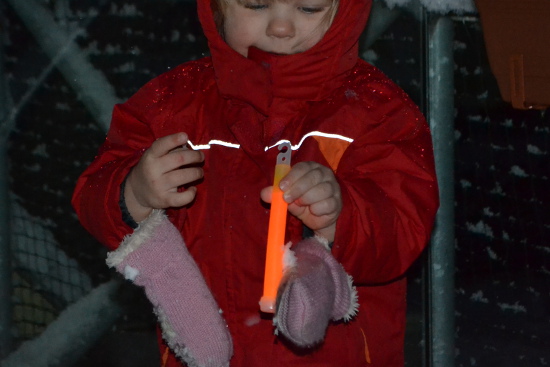 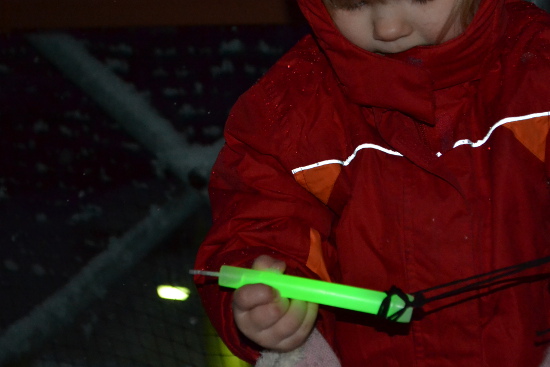 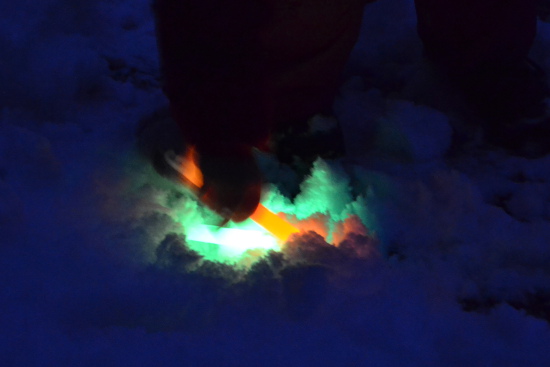 There was a short time where she got the snow shovel out and cleared some snow before she got back to the glow sticks. {Check out our snow shoveling activity that was a huge hit with E as well.} 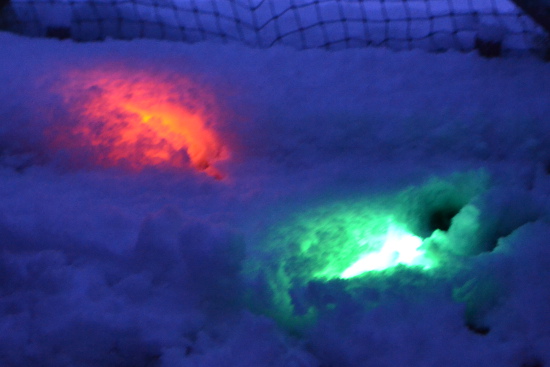 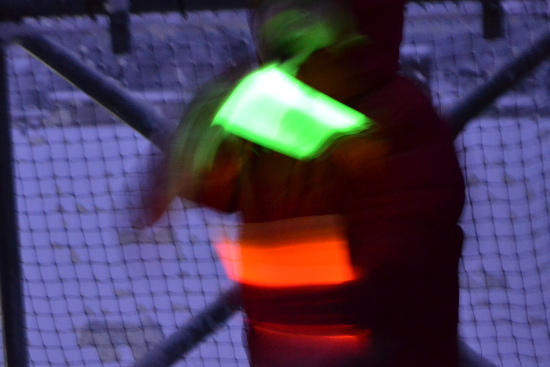 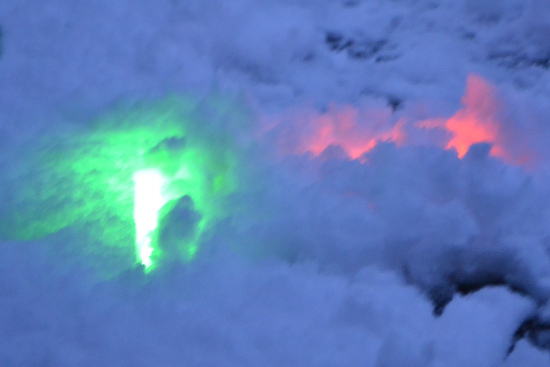 The basic idea: Another one of those things that just sort of dawned on me. I’d been thinking about putting some glow sticks in the bathtub one of these days, so I had a bunch on hand. {Read about our Glow Sticks in the Bathtub activity we did a short time later.}

We’d had quite a lot of snow falling over several days but it never stuck long enough to do much with it. I’d actually been waiting for enough snow to stick to do a mini treasure hunt ever since it started snowing again.

One morning, it had snowed all night, and we had a good amount out on the balcony. It was still dark outside, and I didn’t have time to prepare the treasure hunt, so I remembered those glow sticks, got E to get dressed quickly, and off we went.

More proof that activities with your toddler don’t have to be planned out in detail. Sometimes, those spur of the moment activities are just the best 🙂

Do your kids like glow sticks? Have you played with them in the snow? Tell me all about it in the comments!