Lately, E has surprised me several times with new areas of math and literacy she’s suddenly interested in.

Most recently, she’s started holding up fingers on each hand and asking how many there were. I never would’ve expected such an early interest in addition! But now that I know about it, I’m more than happy to help her develop this interest.

With Easter around the corner, and after an awesome dollar store find, I had the perfect idea for a simple math activity: A preschool addition game with chicks and eggs {and a printable, too!}. 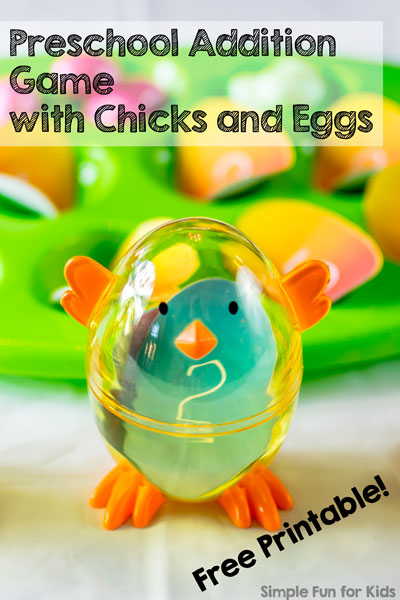 Materials for our Preschool Addition Game:

I placed two numbers between one and three in each of three chick eggs. I added this fun little tray with egg shaped compartments and placed the glitter eggs and numbers 1 to 6 on the tray. 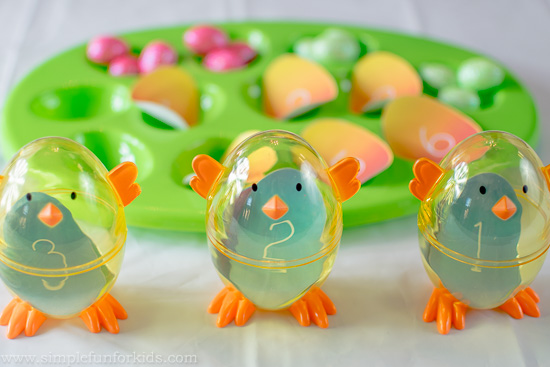 E loved the chicks and wasted no time taking the first one apart. She took out the numbers, and I asked her to read them aloud.

Without any prompting, she placed the numbers on the game board. 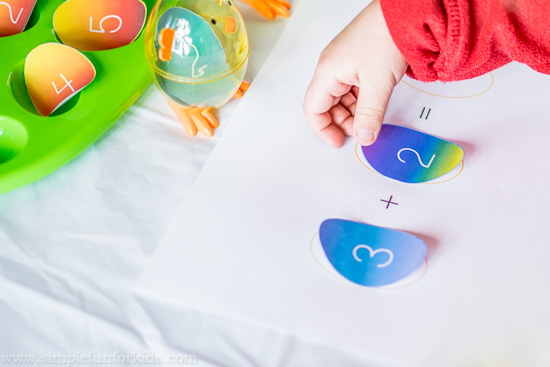 I explained to her about the plus and equals signs and asked her to read the equation. She had a little trouble reading the equation in the correct order, so I modeled it a few times for her. 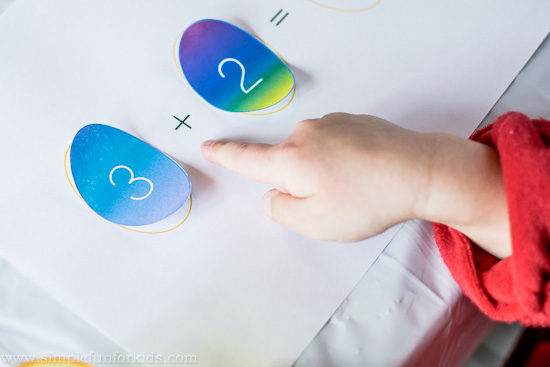 I explained to her that we were going to solve the equation using the glitter eggs and counting them out.

She immediately started counting out the appropriate number of eggs for each number on the game board, 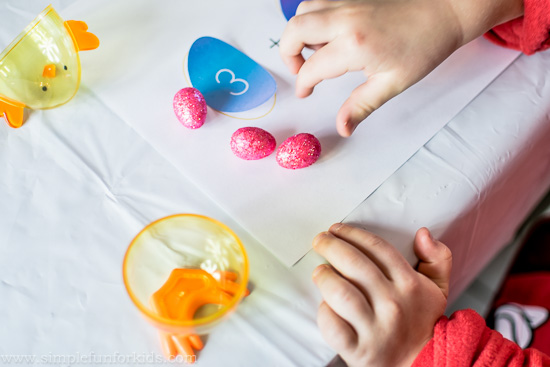 then counted the total number of eggs to solve the equation.

She picked the appropriate number from the numbered eggs left in the tray and put it down on the game board. 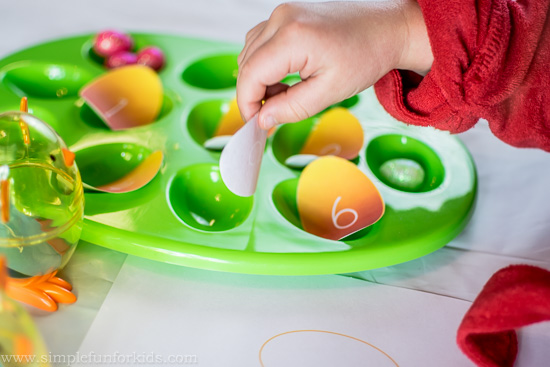 Again she tried to read the entire equation but had a little trouble. I modeled it for her once more. 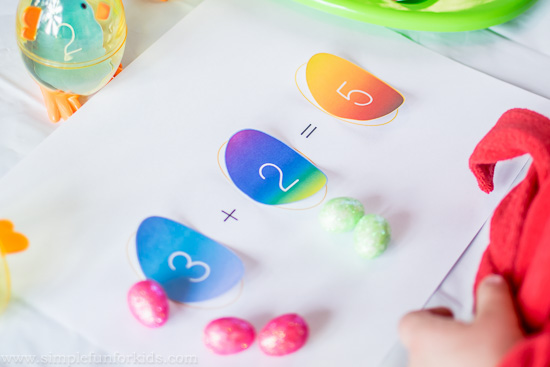 When I set up the activity for her, I thought she’d reinforce the solution even more by putting the glitter eggs and the numbers back into the chick but she insisted on putting everything back where it had been. She did have some fun rearranging the glitter eggs in the tray a few times. 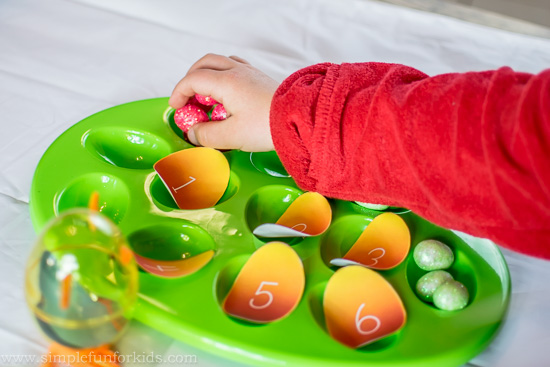 She repeated the process with the addition problems in the other two chicks.

Meanwhile, Baby N was watching closely from his high chair 🙂 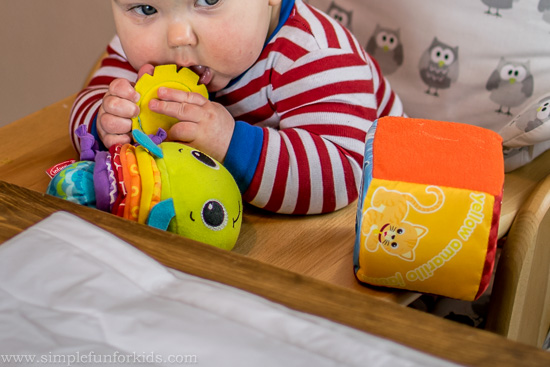 When E was done with the addition problems, she investigated the chicks further and played with them a little. Apparently, one of them was Daddy, one of them was me, and one was E. She had to think for a second about where N might be, then decided he must still be in my chick’s belly 🙂 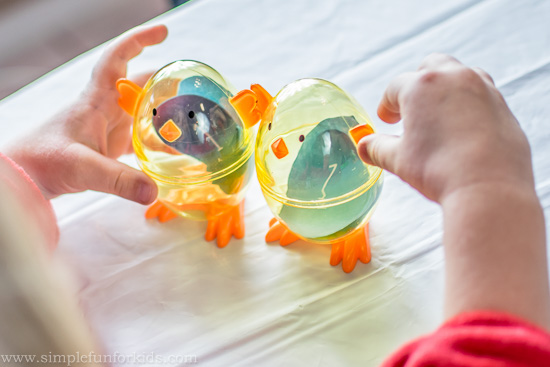 More or Less Preschool Game from Where Imagination Grows?

Counting to 10 Transportation Theme Printable from Life Over Cs