As a little gross motor learning activity to burn off some energy while reviewing numbers, we recently did a Number Matching Race in the backyard.

It was very easy to set up {even though E chose to turn sorting the numbers in preparation for this activity into its own activity}, even easier to take down, and E really had fun with it – a perfect activity 🙂 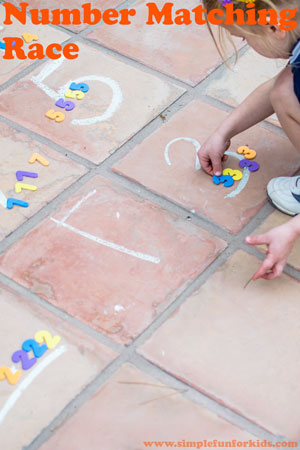 We had a nice big bag of letters and numbers that E spent a good long time sorting and playing with before we were ready for this number matching race.

Each number was available in four colors, so in the end, she sorted numbers 0-9 of each color into plastic containers.

We placed the containers in four different spots in the backyard, 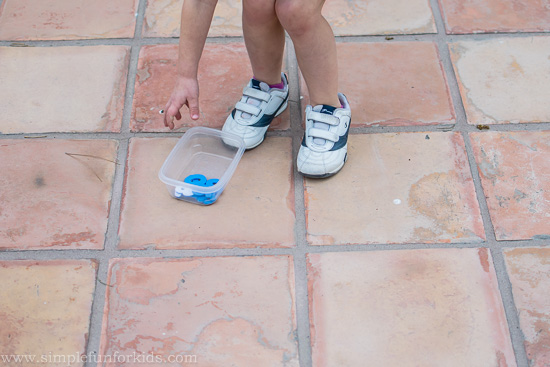 and I wrote the first number in chalk in a spot that E had decided on earlier. 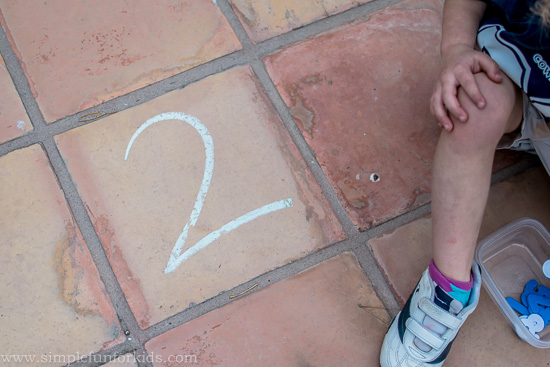 She then got on her motorcycle and rode it as fast as she could to each of the four containers to find the matching numbers. 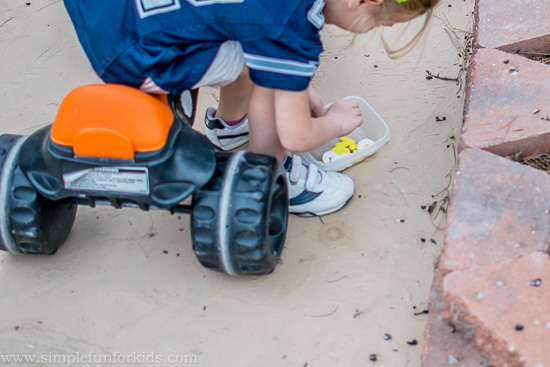 Once she had them all, she rode back to where I’d written the chalk number and placed the number stickers next to it. 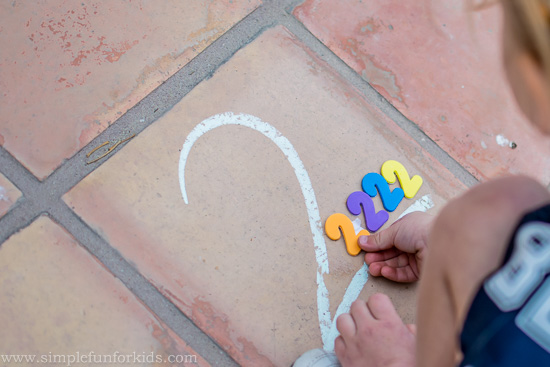 After she’d repeated this for several other numbers, she decided that she wanted to write the next number herself – she settled on number zero. 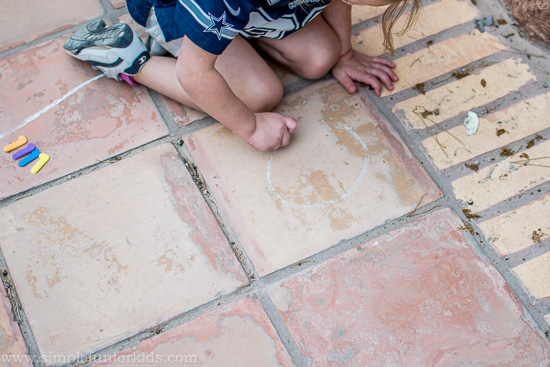 At that point, she’d gotten tired of riding her motorcycle, so it was now a foot race 😉 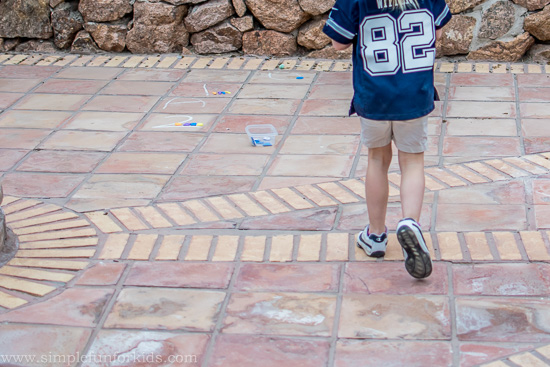 She kept going, carefully matching one number after the other {and writing a few other things on those tiles 😉 } until all the stickers had been sorted. 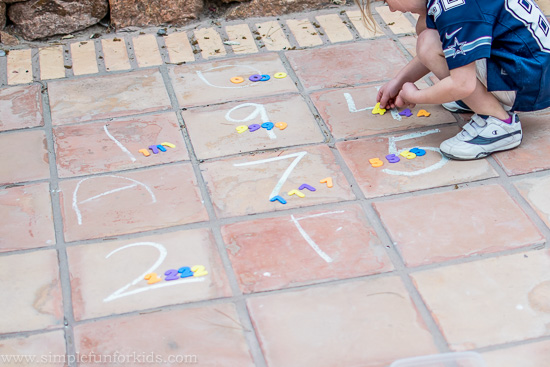 E really enjoyed herself, and as usual found joy in the little things, like how nice the 6s looked stacked on top of each other 🙂 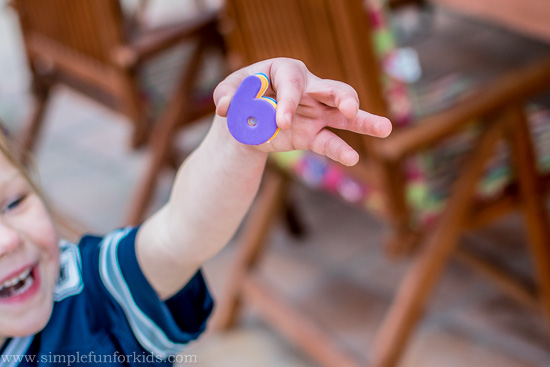 What’s your favorite way of combining learning with gross motor activities? Leave a comment below!