After we recently baked real Vanilla Sprinkle Cupcakes, I used the leftover supplies along with a few other items to set up an Invitation to Create Play Dough Cupcakes for her. E had a blast with it! 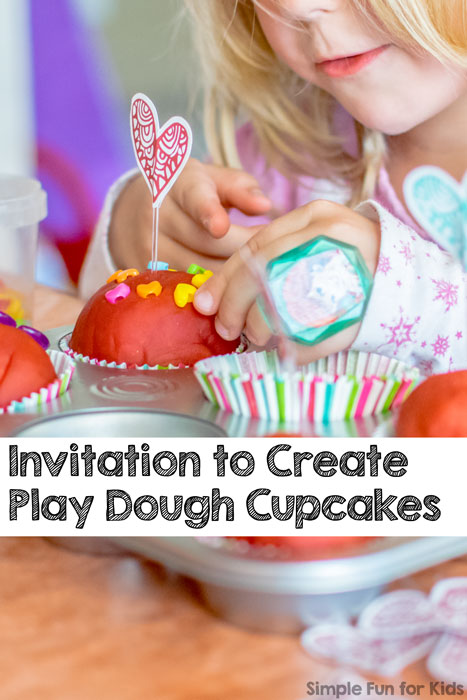 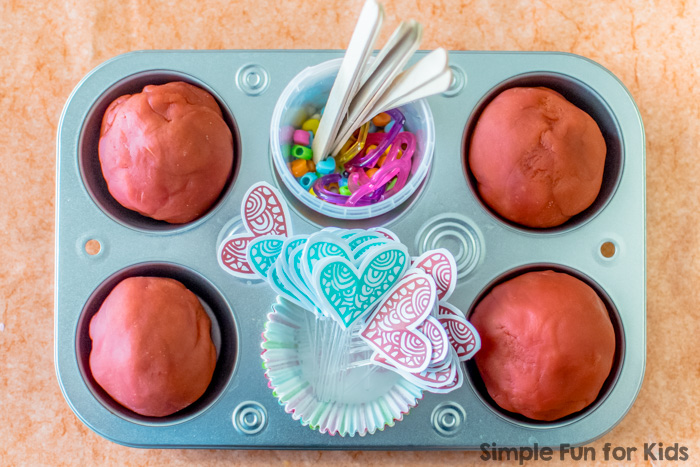 Don’t you love the bright red play dough? It’s Jello play dough that requires cooking. Until I sort of “accidentally” made this, I’d always gone with no-cook versions. While I still think they’re more convenient, I never managed a red nearly as bright as this using them.

The first item E took was a craft stick, and she made a “lollipop” 😉 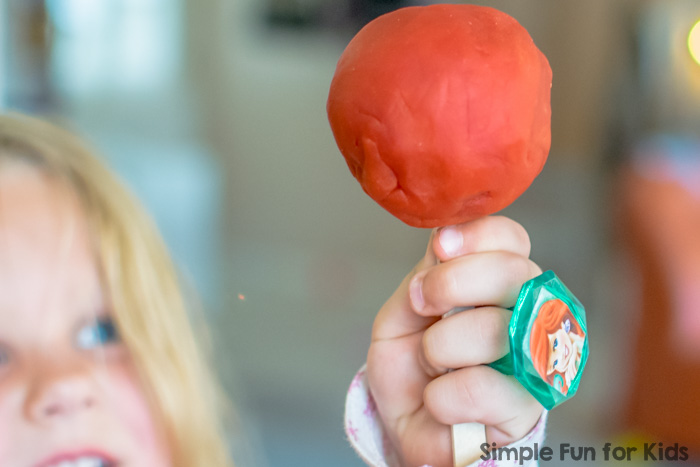 She thought it was hilarious, but quickly put the ball of play dough back into the cupcake tin. From there on out, she only took out the play dough to put cupcake liners into the cavities.

She did a lot of decorating 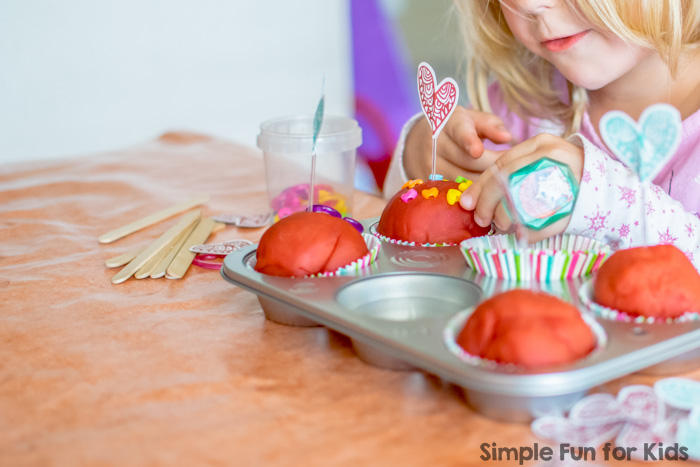 before picking up the cupcake tin because the cupcakes needed to go in the oven! 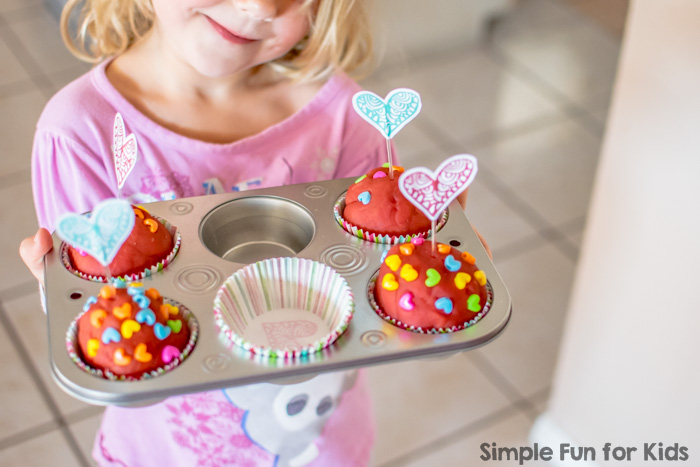 The oven was on top of the couch, and when the cupcakes were done, she went to the kitchen to get a knife to get them out of the cupcake tin 🙂 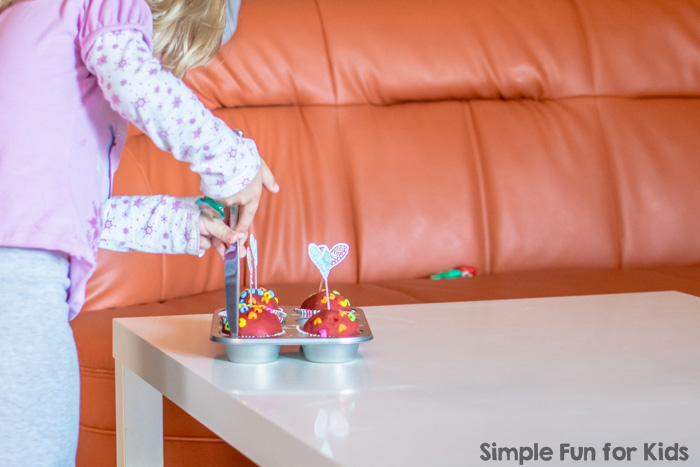 With the play dough cupcakes now finished, she got me involved in some pretty extensive pretend play centering around bringing cupcakes to preschool. We took turns being moms, kids, and teachers 🙂 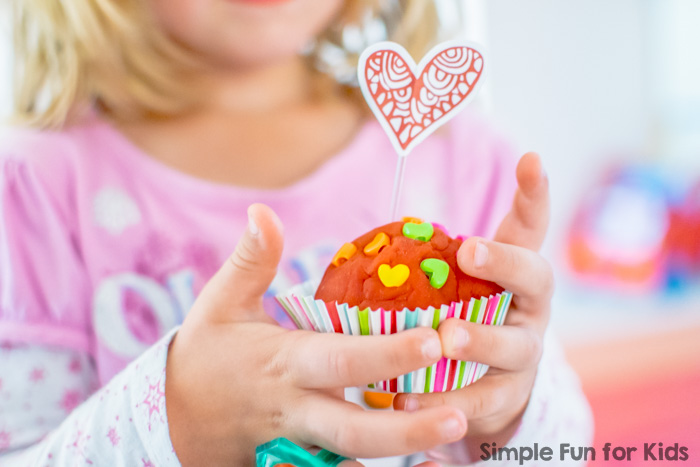 Would your child enjoy an invitation to create play dough cupcakes? What’s his or her go-to pretend activity? Leave a comment below, I’d love to hear from you!