This quick and simple Halloween activity was a spur of the moment idea while N was playing with his Halloween Surprise in a Muffin Tin. He had a blast discovering what was under the lids in the muffin tin over and over again. And suddenly, I realized that I could use the same materials with the same set up to make a logic game for E: Halloween Preschool Predictions! 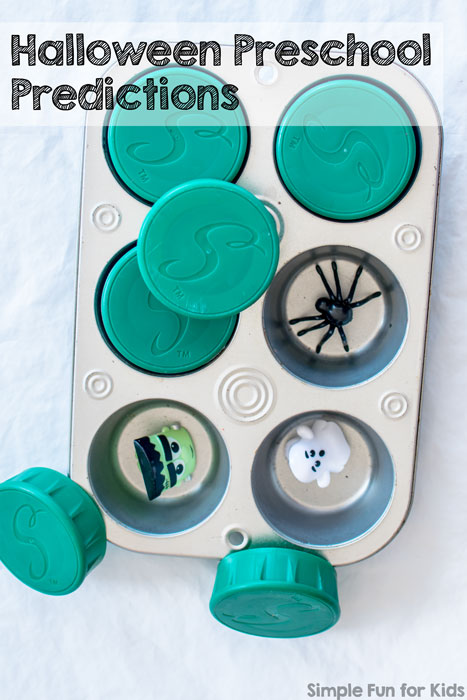 I set the muffin tin for E up on the table to keep it out of range of N. She’s familiar with the Halloween rings we’ve used for several activities, and I explained to her that I had hidden two ghosts, two spiders, and two Frankensteins under the lids.

I invited her to guess which item might be under the first lid. She happened to get it right, which clearly motivated her to keep going 🙂 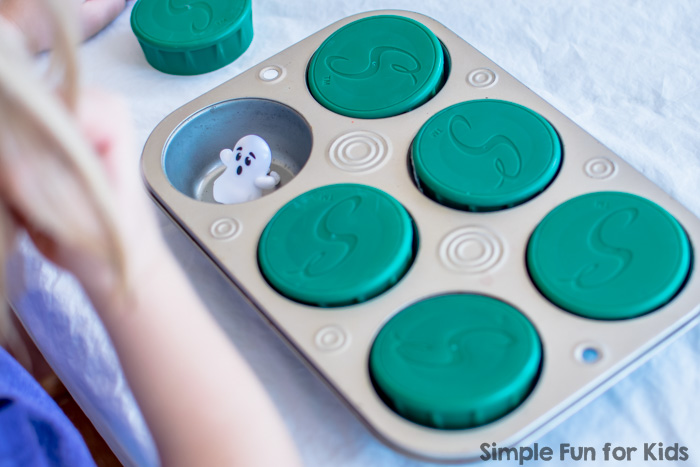 We then talked about which items were still left: one ghost, two spiders, and two Frankensteins.

We went through all the cavities with her trying to guess what was under the lids. In between each item, we talked about which options were still open.

Sometimes, she’d touch the lids for a while as if to “feel” the answer 😉 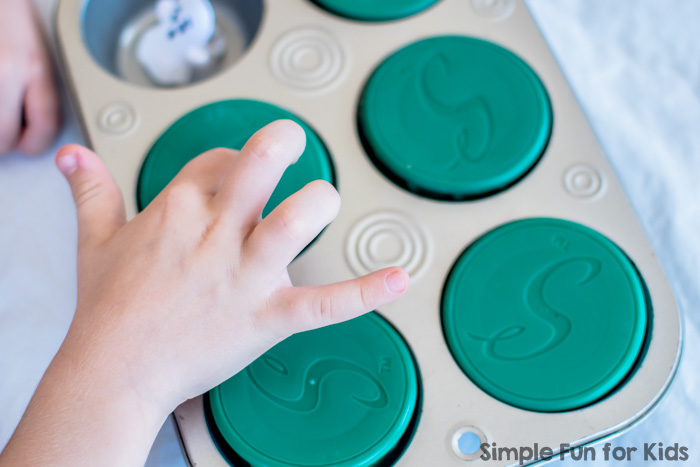 She also had a little side game going stacking the lids – extra fine motor practice, yay 🙂 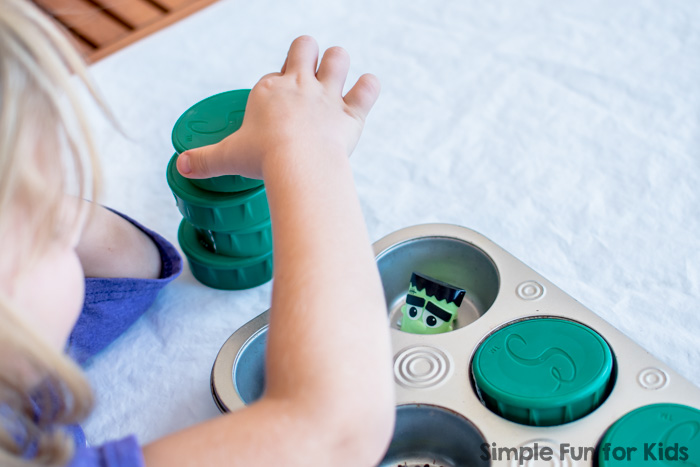 E did a really good job of keeping track of which items were left, and she guessed right quite frequently.

She actually switched the rings around and replaced the lids three times to play the game again before she lost interest. I hadn’t expected her to play more than once! 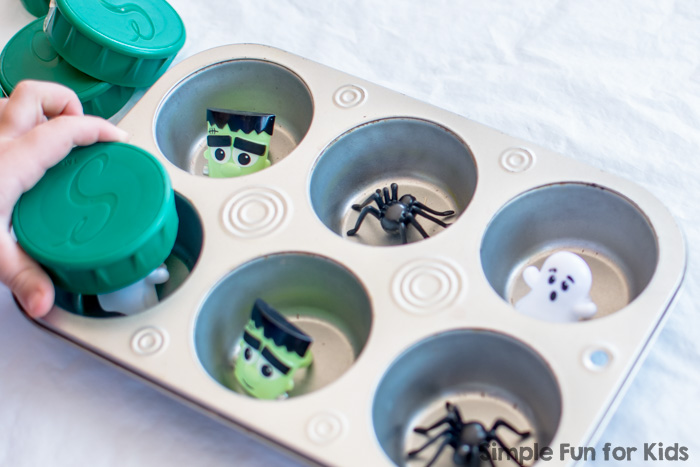 Check out this short clip of E in action!

While the set up was quite simple, you could simplify this activity even more. At its simplest, you could put some stickers on notepaper, or maybe use a few pairs from a matching game. {I don’t have a Halloween themed matching game, but maybe this Ocean Creatures Memory Game would be an option? If you do want Halloween, I found this Printable Halloween Memory Game from From ABCs to ACTs for you.}

Have you played logic games with your preschooler? How did you do it? Leave a comment below and tell me all about it! Feel free to leave a link if you’ve written about it!