Although I love the idea of homemade play dough, we’ve always used the store bought kind except for one brief exception.

I don’t recall exactly which recipe I used on my first try last year, but I know that it called for Cream of Tartar. This is not normally used in German baking, but I was lucky enough to find some at a big grocery store. Unfortunately, the results were quite disappointing.

The play dough was extremely sticky, and nothing I did made a difference. I added extra flour, refrigerated it, let it sit out, it was still sticky sticky sticky.

I finally just let E have it, and she played with it for about 15 minutes but it stuck to everything, and I barely managed to scrape it off the table afterwards. 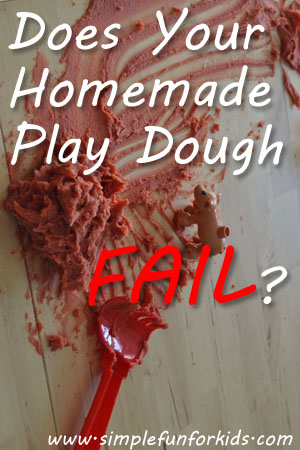 I never tried again until I recently saw a post by Learn with Play at Home about the recipe they use. I definitely consider them an expert {go check them out if you don’t know them!}, and I felt sure that it would work. I was even confident enough that I decided to make homemade play dough as a goodbye gift for the kids at E’s child minder’s.

While this batch wasn’t quite as bad, it was still just a bit too sticky, and every time E held some of it in her hand, she smeared it everywhere. This time, I didn’t want to be deterred so easily, and I knew the error must be mine if it worked for Learn with Play at Home. {I also really wanted to make those gifts 😉 }

So I added flour. A lot of flour. In the end, I’d added 13 heaping tablespoons of flour but while it seemed to help initially, I was always back to square one after a few hours of storing the play dough. 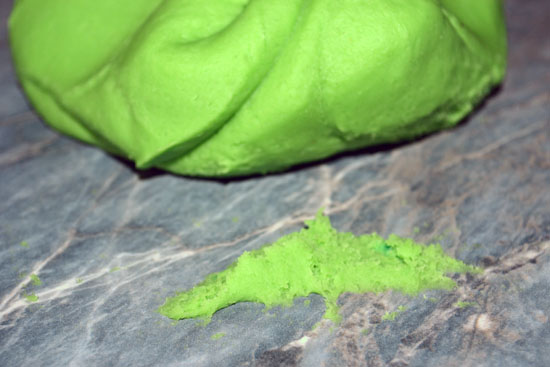 I was really confused and had no idea what I had done wrong.

Today, I chanced upon a different recipe that said to use Cream of Tartar OR citric acid. I still had citric acid in my pantry, so I went ahead and tried this variation.

And lo and behold – the citric acid batch made wonderful non-sticky play dough! 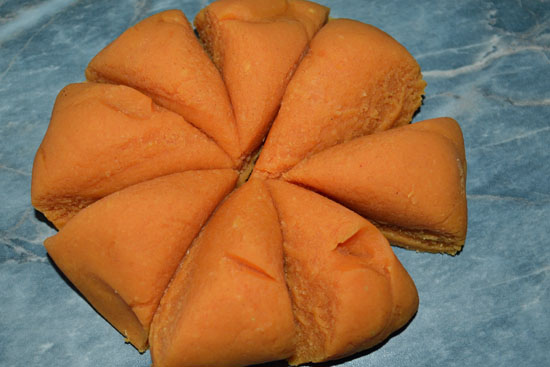 I’m so happy that E’s friends (and E!) can play with homemade play dough now!

I’ve come to believe that the problem was with the Cream of Tartar I used. Since this is really an unusual item here in Germany, I may have bought some that had been stored for too long, or possibly it’s simply not the same thing that you can get in other countries.

So, if your homemade play dough fails, try substituting citric acid for Cream of Tartar and see if it helps!

Note: I still believe that Learn to Play at Home’s recipe is just perfect if you can get some proper Cream of Tartar. In no way is this an attack on their recipe! I simply replaced one ingredient.

Now that you have play dough that works, try one of these activities:

Do you make your own play dough? Does your homemade play dough fail? Has my post helped? Write a note in the comments!