I’d always thought that babies can’t do sensory activities until they’re able to sit up. Turns out there’s plenty to do while they’re on their tummies!

N did a beautiful sensory activity with Christmas Lights recently, and he had a blast with this activity: Baby Play with Rice! 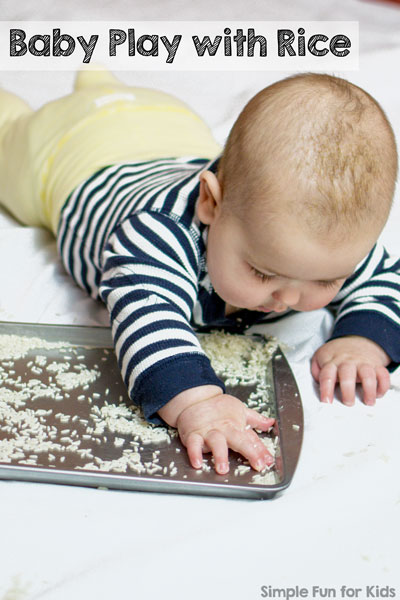 Materials for Baby Play with Rice:

I actually wasn’t sure if rice was going to be okay for babies to play with, but Fun at Home with Kids’ Super Easy Sensory Play: Rice Play post encouraged me to give it a try – and I’m so glad I did!

The first time I set up this activity for N, he was definitely interested but only for about 2 minutes, when he decided he’d rather eat the shower liner.

About a week later, I tried again. This time, between the rice and the shower liner, and with some interaction from Oma and me, N stayed engaged for just over 20 minutes!

I put down a shower liner to protect the floor, but a towel or a blanket will do – or even nothing at all, since rice vacuums up so easily. 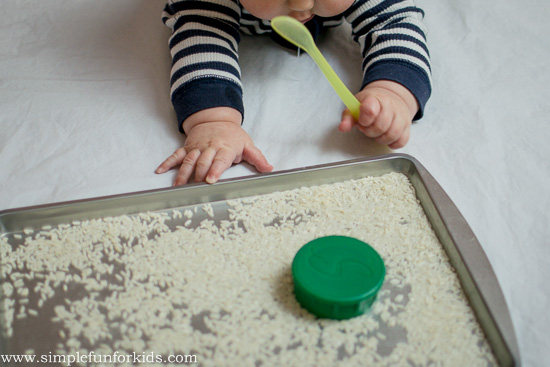 and then the plastic lid, and hugged them to his chest 🙂 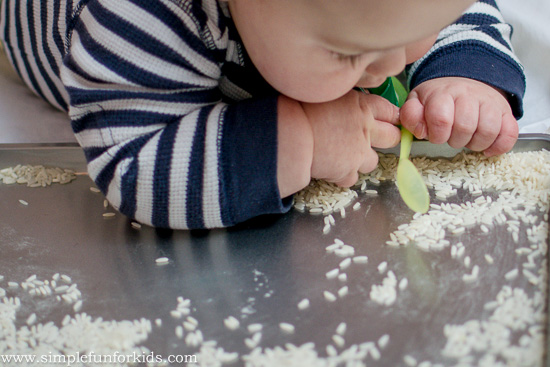 He got back to playing with the lid a little at the end (see video below) but mostly, he ignored both the spoon and the lid after this.

He explored the rice with this hands 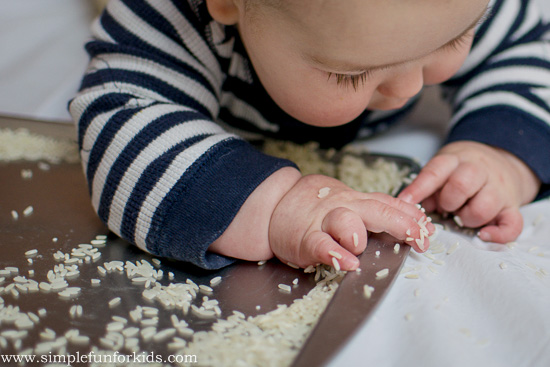 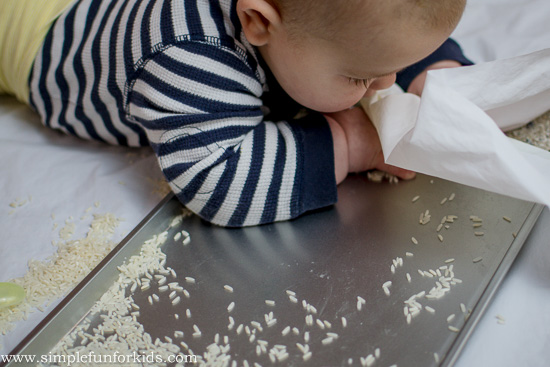 Here’s a video of some of what he did:

Oma came over and dropped some rice on the cookie sheet for him, but that didn’t really capture his attention. He was too busy doing his own exploration. 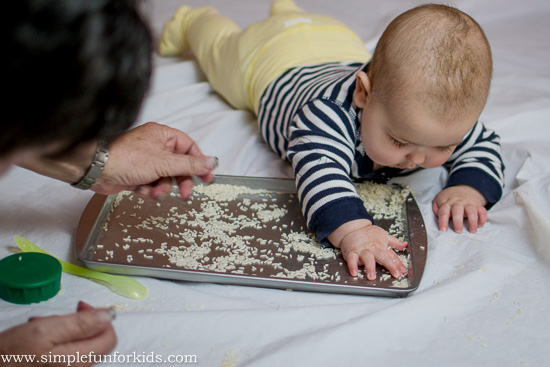 At one point, he rolled over and cuddled up to the shower liner, and I thought he was done. However, he soon rolled back on his tummy and tried to get to the rice again. He played for another ten minutes after that. 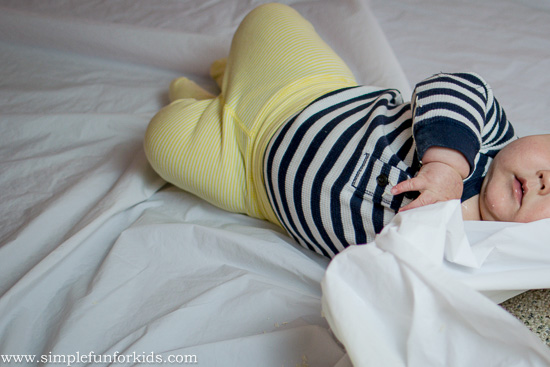 In this short video, he’s tossing the lid around a bit, but you can tell he was getting tired, and we finished up right after this.

Have you and your baby tried sensory play? What’s your baby’s favorite sensory material? Leave a comment below!